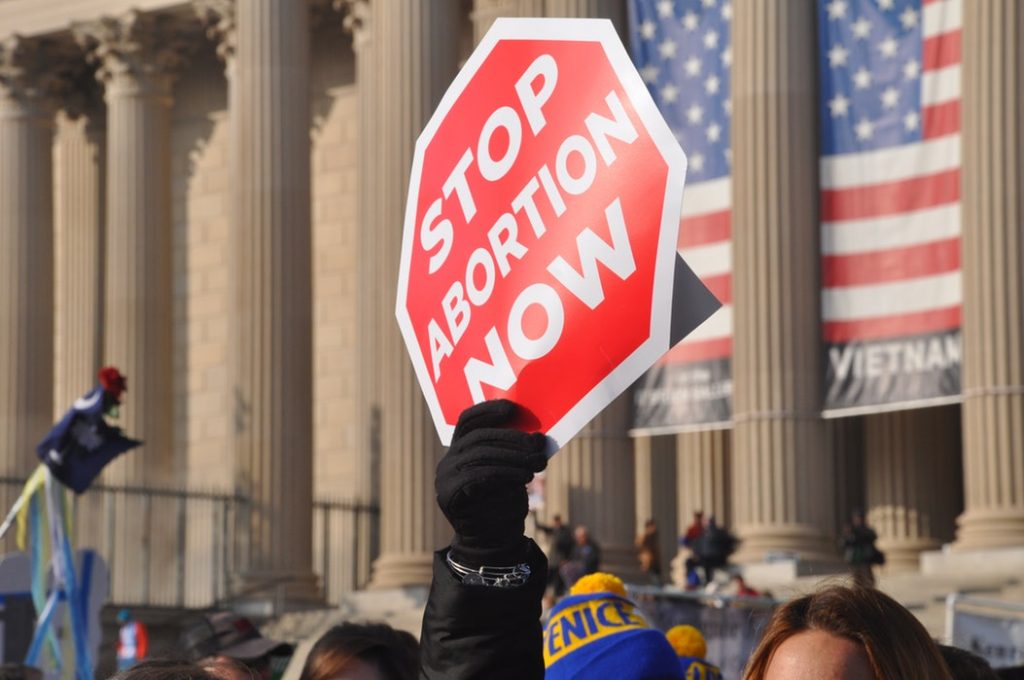 When abortion became legal nationwide on January 22, 1973, I was oblivious to Roe v. Wade–being a naive 19 year-old, living in New Zealand and looking for God’s plan for my life.

Soon thereafter, I became educated and burdened. I began to pray against the abortion holocaust and participated in marches in Washington, D.C.–some with upwards of 100,000 in attendance.

Yet, abortion remained the law of the land for decades despite an estimated 60 million babies being slaughtered on the altars of the Sexual Revolution.

That may be about to change.

It’s what we’ve prayed for for 46 years.

“This week, Alabama’s legislature passed an abortion ban that would outlaw the murder of undocumented infants in almost all cases. It allows for exceptions to protect the life of the mother, but considering that abortion is never truly necessary to protect the life of the mother, this loophole shouldn’t amount to much. The bill does not allow exceptions in cases of rape and incest, and this detail in particular has sent the Left into hysterics.”

President Trump, though strongly pro-life, disagreed in a tweet with the lack of an exception clause.

But Shapiro had the better argument:

” Abortions due to rape are very rare. The vast majority of abortions have nothing at all to do with rape. The pro-abortion Guttmacher Institute surveyed post-abortion women and found that the top six reasons for getting an abortion, accounting for over 85% of all cases, were: ‘Not ready for a child,’ ‘can’t afford a baby,’ ‘have completed my childbearing,’ ‘don’t want to be a single mother,’ ‘don’t feel mature enough,’ and ‘would interfere with education or career plans.’ In other words, most women get abortions for lifestyle reasons. They are getting rid of the baby because the baby would interfere with the kind of lives they want to live. Less than one percent of respondents said they were rape victims.”

As detailed above, most abortions are narcissistic–plain and simple.

“The pro-life case is rather simple. We believe that abortion should be outlawed because unborn humans are people and all people are endowed with inherent rights and dignities. There is no other reason to be pro-life. And if we’re wrong on either point — that unborn humans are people or that all people are endowed with inherent rights — then there is no reason to be pro-life at all.”

Alabama’s anti-abortion law was contested immediately and most certainly will find its way to the Supreme Court. Seven other states appear to be moving on similar anti-abortion tracks.

The legality of Roe v. Wade will finally be challenged–thanks to the Alabama legislature (representing the people).

So, how did the Alabama law come about?

I became convinced in the mid 1970’s that abortion was wrong–the taking of an innocent human life. I spoke against it, wrote about it, marched, prayed, and did all I could to bring about change.

Last Sunday night, I participated as a board member in the “New Beginnings” annual banquet which raised $90,000 to help pregnant women carry their babies to term and start new lives.

I’ve lobbied strongly against abortion and supported causes of compassion to ameliorate its effects.

I even lost an election in 2008 because the local press in our hyper-friendly-to-abortion state vilified my strong anti-abortion position. (Washington was the only state in the union to legalize abortion by a vote of the people in 1970).

Yet, for years nothing changed. I must admit that over the past four decades I lost a degree of passion on the issue, didn’t pray as deeply or as much, and lost some hope that justice would emerge during our lifetime.

When you pray for something for years and see few signs of progress, it’s easy to become weary or give up.

I believe those fighting against slavery in early America experienced similar discouragement. From 1776 to 1860 American slaves were kept in bondage. It took a Civil War and Abraham Lincoln’s Emancipation Proclamation to start the process of freedom and human rights for millions of African-Americans.

Interestingly, the issues of slavery and abortion hinge on the same two satanic deceptions. First, that both black people and unborn babies are “sub-human” and thus don’t possess a God-given right to life.  Second, their destiny is a matter of “choice” by someone else–slave or free states 200 years ago, and a woman’s “right to choose” today.

We abolished slavery in 1965 because those ideas were false. We need equal courage today for exactly the same reasons.

I’m also ashamed to admit that I wavered on “exceptions to abortion” over the past few decades–being open to the idea there could be carve-outs for rape and incest based on the self-defense argument (just like President Trump).

Then I read Senator Terri Collins’ reasoning on why there should be no exceptions to abortion (she’s the author of the Alabama bill):

“Well, how do we say, ‘The baby inside is a person, unless they’re conceived in rape or incest‘?”

Abortion has always been a birth-control ruse. Human beings possess God-given dignity from the moment of conception. Size of body or number of days, months, or years–takes nothing away from our innate humanity.

It’s interesting which factors coalesced recently to give us hope for outlawing abortion (just as caring Americans did away with slavery a century and a half ago).

“Roe v Wade is in jeopardy.”

“There is a very good chance if this makes it to the Supreme Court that Roe v Wade will be overturned. We have known since the 70’s that Roe v Wade stands on a weak foundational basis. Whether you’re pro-life or pro-choice, Roe v Wade is really about whether [women] have an individual, fundamental… privacy right in the Constitution that over rides state legislatures’ abilities to make laws affecting abortion.”

The answer is no–if the justices read the Constitution.

“There is a political awakening regarding abortion. It has been preceded by a spiritual awakening that began 46 years ago when the highest court in our land ruled against Nature and Nature’s God, ruling that somewhere in our Constitution there was provision for people to kill unwanted unborn children.”

“Those who knew this was wrong— according to Scripture, according to nature and according to human instinct— began to organize, march, educate, elect people of like mind and heart, and pray.”

This is what we have prayed for for 46 years. No matter what battles lie ahead, the truth is on our side.

And… the God of both justice and grace.