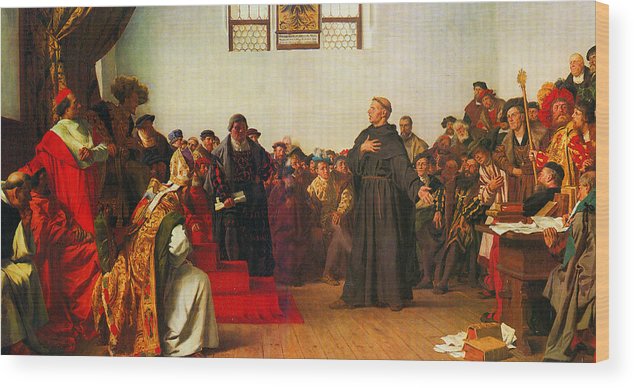 The USA mid-term elections take place in six days. For a number of decades, a growing cultural civil war has escalated in America between the proponents of atheism/secularism in America and our Judeo-Christian heritage.

We all must pray and vote wisely in the November 8, 2022 mid-term elections. It is yet one more example of the power of words.

If we pulled away the curtain of what is spiritually happening in the United States, we would see intense combat between demonic and godly angelic forces working to influence human hearts and minds.

Spiritual revival in the Church is the greatest need of the United States–reviving a biblical consensus among the masses. But the second might be governmental renewal through the electoral process–firing up the engines of freedom to help propel the awakening.

You may not think of voting as “the power of words,”–but that’s exactly what it is–reading words on ballots for candidates and issues, marking which names or votes you favor, and then sending those “words” to election officials to choose our next generation of leaders.

Your votes are either “words” of death and increased cultural decline or the  “words” of life that propel good and godly people to legislate for life, liberty, the pursuit of happiness–i.e. for God’s will to be done on earth as it is in heaven (Matthew 6:10).

I’ve been pondering recently the power of words having finished fifty straight years of journaling my own life story.

I began writing down the “words” of what God was doing in my young nineteen-year-old life on October 30, 1972 while studying and serving in New Zealand. I kept up writing the stories and personal insights for half a century.

I’m never counted the actual words in the journal but it numbers 2400 pages (single spaced). You can read them on-line on our usrenewal.org website–Ron’s Journal. Pick a specific year you might be interested in and see what was happening in my life–maybe even when it intertwined with yours in a city, state, or event.

I’ve taken most of this year to craft those written words into a readable book on my life’s journey which will come out in 2023.

I hope its words will inspire and impact many lives.

Words are the stuff of “power” in the moral world of God’s creation (among beings that can think, feel and act). They propel dreams to take place, love and mercy to be demonstrated, and lives to be directed and changed. Used negatively, they damage our souls, create fear and insecurity in our minds, and can lead to us be separated from God forever.

Never underestimate the power of words (including votes).

God created an entire universe through speech. Seven times Genesis 1 tells us that God said, such as  “Let there be light, and there was light” (Genesis 1:3) and thereafter spoke the heavens, earth, plants, animals, and human beings into existence.

Those might be the most powerful words ever uttered. How he did it is beyond our comprehension. But the Bible doesn’t say he “went to work and created.” No, he spoke.

It was the power of words that created everything we see and experience.

God caused the words of the Bible to be written down over two thousand years in sixty-six books by over forty authors–all by his inspiration (2 Timothy 3:16,17). Those divine words have changed nations and civilizations through the power of law, morality, art, invention, literature, and cultural progress.

Think of the over two billion people on earth whose lives have been changed for all eternity through the following twenty-three words:

“God so loved the world that he gave his only Son that whoever believes in him should not perish but have eternal life” (John 3:16).

The list includes you and me–and we’re praying for billions more to experience their power.

October 31 was Reformation Day in which Martin Luther made his famous speech at the Diet of Worms. It was not a weight loss conference through munching on critters you put on fish hooks. A “diet” was a formal assembly of religious/political leaders, and Worms was a city southwest of Frankfurt, Germany.

Luther changed the world with these words:

His refusal to budge on “the Bible alone,” and “justification by faith” launched a spiritual renaissance in Europe, renewal of the Catholic Church, led to the strength of biblical faith in America, and the explosion of global evangelical outreach.

Luther’s great hymn, “A Mighty Fortress is our God” contains a third stanza about the end of Satan’s influence on earth. Here are his insightful words:

And though this world, with devils filled, should threaten to undo us, we will not fear, for God has willed his truth to triumph through us. The prince of darkness grim, we tremble not for him; his rage we can endure, for lo! his doom is sure; one little word shall fell him.”

One little word shall fell him.

One word is all it will take for King Jesus to vanquish the prince of darkness.

Many acts of history contain words that created empires, dreams, rights, and hope. I think of Thomas Jefferson’s famous verbiage in the Declaration of Independence:

“We hold these truths to be self-evident, that all men are created equal, that they are endowed by their Creator with certain unalienable Rights, that among these are Life, Liberty and the pursuit of Happiness.–That to secure these rights, Governments are instituted among Men, deriving their just powers from the consent of the governed, –That whenever any Form of Government becomes destructive of these ends, it is the Right of the People to alter or to abolish it,”

Cleon Skousen calls the Declaration the five thousand year leap–from millenniums of tyranny to human freedom and dignity–all through the power of ideas.

I love Martin Luther’s King’s “I Have a Dream Speech” that fueled long overdue human rights for African Americans. You can read it or listen to it here. It’s only seventeen minutes long, but changed the lives of millions of  people.

Take a moment and think of some words that changed your life. Four of them might have been, “Will you marry me?” Others surely include God’s guidance in your life. (God guided me to New Zealand in 1972, and has spoken many times since.) Signing your name on a contract creates rights of ownership and responsibility. The power of words in a will can change a person’s future.

Then there are words we speak to each other daily that can birth encouragement or despair.

Not long ago I attended a memorial service where a young women (the daughter of the deceased) grabbed me after the service and took me to a corner of the sanctuary where we could chat privately. I hadn’t seen her in twenty years. She said: “You spoke to me decades ago about being a mom, and having a family. I never forgot your words and they were all fulfilled and helped guide my life.”

I gulped, said thank you, and once again thought about the power of words.

On November 8, 2022, we must let our votes become the “words” that guide the destiny of America. Those votes could means either life or death to our beloved nation–literally.

Let your voice be heard through your vote.

And follow it up with words of prayer to God.

Posted in General and tagged Bible, Jr.2022 Mid-term Election, Martin Luther, Martin Luther King, Power of Words, Thomas Jefferson, Vote
← Be Faith FullThoughts on the 2022 Midterms and the Road Ahead →