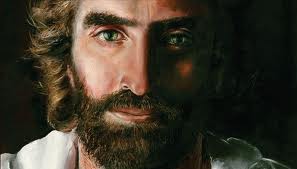 Christmas is eleven days from today. It is celebrated by more people around the globe than any other holiday. Why?

For the next few weeks I will re-publish three of the most important blogs I have ever done. They’re important because they focus on the one person who’s most crucial to our lives–both here on earth and also after we die. He is “the Way” in both realms.

Over the past few years I’ve put some of the most important messages God has given me onto YouTube so they can be accessed by others, help in some classes I’m teaching, and serve as a legacy after my life on earth is complete. The first one we produced is called “There is No One Like Jesus,”–in four segments…

2.  Jesus is unique in the prophecies related to his life and work.

Jesus’ life purpose was announced by numerous prophecies hundreds of years before his coming in 6/5 B.C. The Old Testament contains three hundred references to the Messiah that could have been fulfilled only in the person of Jesus.  These include him being a Jew (Numbers 24:17), from the tribe of Judah (Genesis 49:10), in family line of David (Jeremiah 23:5), and born in David’s hometown of Bethlehem (Micah 5:2). He was preceded by a messenger (Isaiah 40:3), betrayed by a close friend (Psalm 41:9), sold for thirty pieces of silver (Zechariah 11:12), crucified with thieves (Psalm 22:16, Isaiah 53:12), and buried in a rich man’s tomb (Isaiah 53:9).

A careful study of the New Testament reveals at least thirty amazing signs and wonders that Jesus performed while on the earth.  No other person validated their ministry by supernatural means as did Jesus who “went around doing good and healing all who were oppressed by the Devil, for God was with him” (Acts 10:38).

Josh McDowell points out in Evidence That Demands a Verdict that there are three areas of Jesus’ life that point to his deity.  The first represent his direct claims. These include numerous references to himself where he stated unequivocally his equality with the Father (e.g. John 10:30-33, John 14:9). At his mock trial before the Sanhedrin, he answered the Jewish leaders question of his divinity by saying, “You say that I am” (Mark 14:62)—a Greek idiom for yes. When questioned about his age and authority in John 8:58, he famously declared, “Most assuredly I say to you, before Abraham was, I AM (eimi)—equating himself directly with Jehovah, the eternally existent God (Exodus 3:14, Deuteronomy 32:39, Isaiah 43:10.)

Do you have a big enough view of the Son of God? Do you understand who he really is, and what that means for your life?