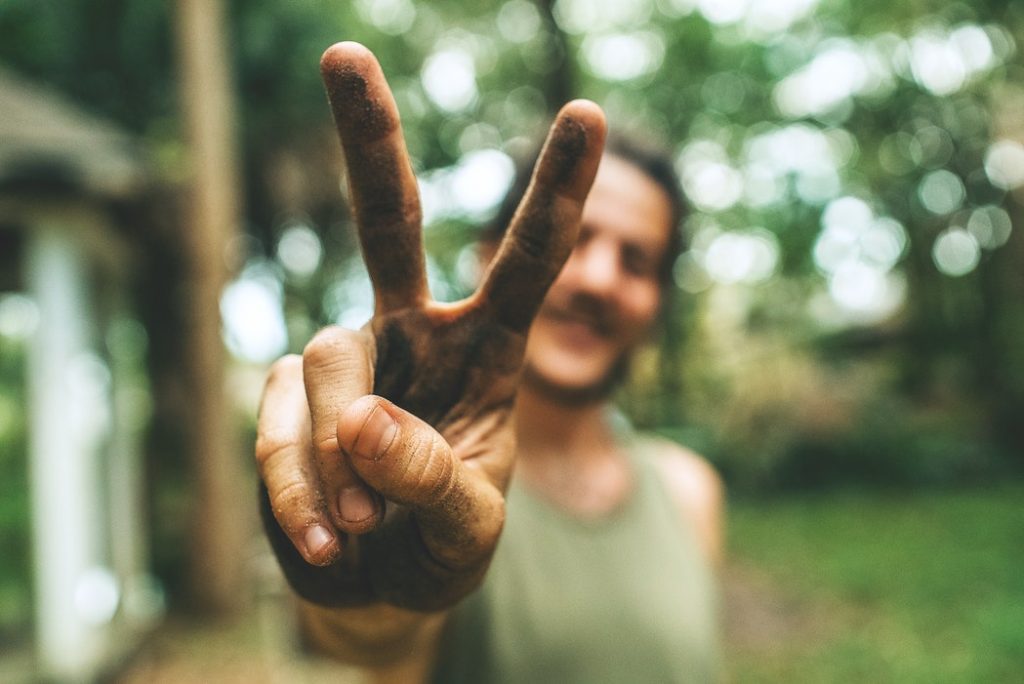 I’ve never been a “Last Days” kind of guy. First, I serve with a missions organization that believes we must fulfill the Great Commission before Jesus returns (Matthew 24:14). Second, I’m well aware that a few past generations acted presumptuously thinking they “lived in the last days.” They sold properties and waited for Jesus to come when He said only the Father knows the time (Mark 13:32) and His return would be like a thief in the night (1 Thessalonians 5:2).

They missed it and only hurt themselves.

Finally, I’ve never focused on end-times prophecy because of the figurative language used to describe it. I believe the things God really wants to understand in Scripture are stated with abundant clarity. They include such things as being reconciled to Him, living in love and grace, and obeying His commands.

All of my adult life I’ve pursued the Great Commission and daily obedience to Jesus.

In recent years, I’ve noticed pieces of a puzzle emerge that seem to point toward the possibility of a one world government (OWG). It could take place in our lifetime, or two hundred years from now, or a millennium away.

Of course, concepts of global government go back to the Roman Empire when the Pax Romana ruled the West (but not the entire world). The Book of Revelation was written during this era using imagery that pointed back to former world powers such as Babylon, Assyria and Egypt.

Following the European Rennaissance, various economic powers and global thinkers gradually emerged to point the way back to “Rome.” They included the Illuminati, the Bilderbergs, and eventually the Trilateral Commission and the Council on Foreign Relations.

Then a significant piece fell into place.

Following the “war to end wars” (World War I), President Woodrow Wilson released his “Fourteen Points” that ultimately gave birth to the United Nations. The stage was now set for coordinated world governance.

Today, the U.N. and its subsidiaries form the closest model to Revelation’s prophecy the world has ever seen.

The John Birch Society produces some good materials on these One World aspirations (though I don’t agree with all of them). Their flagship publication, The New American recently published an article by Alex Newman describing a January 2018 global gathering:

“Top globalists, communists, and Islamists from around the globe gathered this month on the Arabian Peninsula for the World Government Summit — yes, that is the confab’s real name — to push for what they called a ‘new world order.’ More than a few speakers made clear that liberty, self-government, and the ‘America First’ agenda were in the cross-hairs. On the other hand, Big Government, trans-humanism, and globalism were presented as the solution to basically everything, from alleged man-made ‘global warming’ and health problems to unemployment and even hate.”

“The truth was plain to see. In an official press release put out by the World Government Summit, the organizers said the event ended with ‘a plea for institutions to realign with the new world order.’ The speakers made that clear, too. Among those quoted in the press release, one claimed that people’s expectations ‘need governments to develop progressive policies that can accommodate the global transition.’”

“More recently, billionaire George Soros has been demanding a ‘new world order.’ He said publicly that the mass-murdering Communist Chinese regime should ‘own’ the new world order in the same way that the United States owned the previous one. Soros also claimed the murderous Chinese regime has a ‘better functioning government’ than the United States. In Beijing, meanwhile, the dictatorship has been loudly and publicly demanding what it, too, calls a ‘new world order.’”

Newman ends his article with this call to action:

“With the globalist movement increasingly dropping the mask, and the Internet making it easy to spread information, Americans have an unprecedented opportunity to derail the global-government agenda on display at the summit. . . If the sleeping giant that is the American public wakes up, all the schemes for ‘world government’ in the world could be easily crushed. But getting involved now in preserving and protecting liberty, self-government, and the U.S. Constitution is crucial.”

I agree we are called to fight evil–to occupy until He comes (Luke 19:13).

But one day, a one world government foreseen in Revelation 13-19 will take place. If it happens in our time, what might it look like?

That’s what I see. How about you? I don’t know when, but want my eyes to be wide open.

And occupy until Jesus comes.