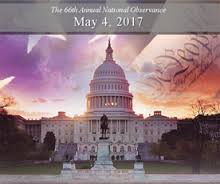 I just returned from a remarkable trip to our nation’s capital for the 66th Annual Observance of the National Day of Prayer. It was a privilege to work with a the team that helped establish the NDP as the first Thursday in May some thirty years ago. I travel back every year to pray for the nation.

This year some 45,000 prayer events and celebrations took place on May 4 in all fifty states–and some fresh winds of renewal were evident in many places.

Here are some of the God-Acts that I saw in Washington, D.C.

First on a personal note.

I began the week speaking at The King’s Chapel in Oakton, VA on “God’s Sovereignty” in our lives and world. He acts–He is “active” both in our personal lives and in the course of history. Years ago, God’s gracious acts were referred to as his Providence.

During the message, I mentioned a sovereign linkage God has given me with the national leader of Youth for Christ in Mongolia. This past year I helped him buy a $45,000 apartment for his family in Ulaanbaatar and raised $33,000 toward paying it off. Only $12,000 was left to make him debt-free.

After the service, a few people came and handed me some gifts and notes. On the subway home, I was looking over the items and found a check for $12,000! I nearly cried as I worshipped and thanked God for His faithfulness.

Another day I toured a new Youth With A Mission property in Fort Washington, MD with Jason Hershey the current YWAM leader and founder of David’s Tent. Part of the down payment for the new property ($40,000) came from an estate gift sent recently to the Christian Broadcasting Network, earmarked for YWAM because of our work in the capital during the 80’s. One man’s faithfulness, three decades later, is now being used to help buy our new training property.

While we were walking on the land, Jason pointed to a home nearby that was also for sale and we prayed that God would provide it to meet a final need for housing. We prayed in faith. The next day, YWAM D.C. received an anonymous gift for $50,000 which is the perfect down payment for the new house.

God is always way ahead of our prayers.

Much happened politically in Washington, D.C. on the the National Day of Prayer.

A vote was scheduled for the House of Representatives to begin repealing and replacing Obamacare. We watched on live TV with Pastor Pat Mahoney, just two blocks from House chambers, while the vote took place. (As it went down, Rev. Mahoney was Facebook Living his 16,000 followers to ask them to pray for the Planned Parenthood de-funding to stay in the bill.)

President Trump also signed an executive order in the Rose Garden on May 4 on Religious Freedom which included repealing the Johnson Amendment—allowing pastors to speak freely in their churches about political issues.

When President Trump signed the order, he said:

“Today my administration is leading by example as we take historic steps to protect religious liberty in the United States of America. No one should be censoring sermons or targeting pastors… faith is deeply embedded into the history of our country, the spirit of our founding and the soul of our nation…we will not allow people of faith to be targeted, bullied or silenced anymore.”

This was a great day for righteous legislation in the nation’s capital. Elections have consequences. God is using President Trump and others to begin renewing some of America’s Judeo-Christian foundations and the blessings that they bring.

The day before the NDP, I helped lead a tour of the capital for a group of the Youth Ministry CEOs which included the major parachurch and denominational leaders of the nation. We started at the American Center for Prayer and Revival (ACPR) directly behind the Supreme Court. Dick Eastman, founder and international president of Every Home for Christ, shared what God is doing in the prayer movement both locally and around the world.

Urban revival is upon the heart of God.

Our third leg included a personal tour of the under-construction Museum of the Bible—an awesome 100,000 square feet building funded by the Green family (Hobby Lobby) to draw our nation back to its biblical roots. It will be a beautiful high tech structure that can point people to the impact of the Bible in our culture and world. It’s a first class, billion dollar project which opens in the fall.

In the evening, Rep. Robert Aderholt R-Alabama and his staff gave us a personal tour of the US Capitol building. We prayed movingly in the George Washington Chapel and heard about those following Christ in Congress and other agencies.

The National Day of Prayer came on Thursday. I began the day at 7 am with a prayer group on steps of the Supreme Court. What an answer to prayer that Neil Gorsuch is now the new justice! After praying, we had breakfast in the SCOTUS cafeteria and I sat and talked with Bill Murray of Madalyn Murray O’Hair fame. I met him years ago during some of the culture wars in the city.

Also that morning saw the return to a prayer service hosted at the White House by President Trump. They had taken place for decades until Barack Obama discontinued them during his eight years. In 2017, united prayer returned to 1600 Pennsylvania Avenue.

In the afternoon, I participated in the Capital Region National Day of Prayer Celebration on the west Capitol lawn led by my friend Dr. Corinthia Boone and a beautiful rainbow coalition of pastors and Washington-area believers. It was a wonderful, uplifting time of praying for our capital.

In the evening, the National Celebration was held in Statuary Hall –the original meeting place of the US House of Representatives. The ornate dome is lined with statutes of a famous statesman or woman from all fifty states. 250 chairs had been set up for the evening event. It was packed.

Here are the highlights:

The evening ended with thunderous worship as this “National Celebration” was beamed nation-wide to many events that were also taking place in all fifty states around the nation.

It was a tremendous night pf praise, thanksgiving, repentance and renewal.

Many incredible Acts of God.

Starting a new tradition, the NDP Committee held a de-briefing on Friday morning to thank God for the past day, meditate on his magnificent character, and thank those that served. Anne Graham Lotz led the final meeting. She is the third NDP chairperson after Vonette Bright of Campus Crusade, who was the “founder.” Shirley Dobson, wife of James Dobson, acted as the “builder” of the movement for the past 25 years. Anne is now the “prophet” calling the nation back to Christ and his ways.

I told her that God had “brought her to the kingdom for such a time as this” (Esther 4:14).

Later on Friday, I went with friends to the 15th annual Christian Solidarity Meeting with Israel at the Israeli Embassy. Two-to-three hundred were in attendance to hear Ambassador Ron Dermer address us and re-affirm our commitment to God’s plans in the Middle East and the importance of Israel as the only democracy in the region. We “prayed for the peace of Jerusalem” (Psalm 122:6).

That would be a God-Act.

To sum up, I believe this year marks a turn—at least a reprieve–in the inertia of sin and God’s judgment in our nation. This was most impacting and powerful National Day of Prayer that I have experienced in years.

But we still desperately still need a Heaven-sent revival to fully renew the America nation. That cannot come through legislation, but only by changed hearts and minds.

We need some more God-Acts to bring revival to America.

Posted in Prayer, Religious Liberty, Renewal
← Was Blind But Now I SeeThe Wisdom of Profiling–And Why We All Do It. →