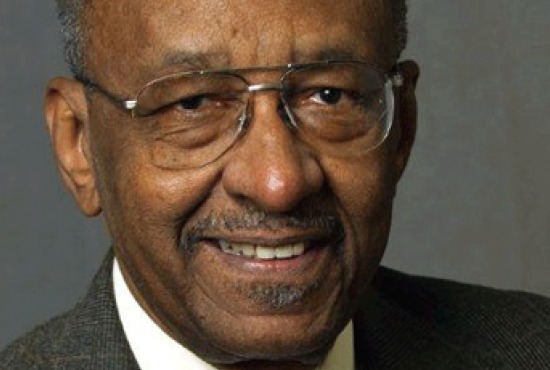 It appears that the dark days of anti-police sentiment is on the decline in the United States.The current Administration believes strongly in Law & Order and supports those who fight crime and defend our shores.

Because of this commitment to enforce our borders, a renewed pledge to fight crime in our cities and neighborhoods, and a refreshing willingness to push back evil around the world, common sense is once again making a comeback in America.
These types of social renewals are usually based on God-given truths and simple ideas. One of them making a comeback is the simple tool of police profiling.

Here’s to the wisdom of profiling and why we all do it.

I’ve been thinking a lot about police profiling in the past few years. Many people are against it because they believe it is racist and discriminatory. Yet, first responders and police are probably the least political part of our nation with 99% doing their jobs well and indiscriminately. The “bad egg” 1% are usually caught when they do wrong and are rightly punished.

So why shouldn’t police “profile” to be most effective against crime.

Walter Williams is a professor of economics at George Mason University in Fairfax, Virginia. He’s not only one of the smartest men I know, but he has double “cred” on the subject of profiling because he’s not only wise, but also African-American.

His article on the subject said everything I’d been thinking. Here’s his piece in its entirety.

Profiling is Perfectly Reasonable. In Fact, We All Do It.

Profiling is needlessly a misunderstood concept. What’s called “profiling” is part of the optimal stock of human behavior and something we all do.

Let’s begin by describing behavior that might come under the heading of profiling.

You are a manager of a furniture moving company and seek to hire 10 people to load and unload furniture onto and off trucks. Twenty people show up for the job, and they all appear to be equal except by sex. Ten are men, and 10 are women.

Whom would you hire? You might give them all tests to determine how much weight they could carry under various conditions, such as inclines and declines, and the speed at which they could carry.

To conduct such tests might be costly. Such costs could be avoided through profiling—that is, using an easily observable physical attribute, such as a person’s sex, as a proxy for unobserved attributes, such as endurance and strength.

Though sex is not a perfect predictor of strength and endurance, it’s pretty reliable.

Imagine that you’re a chief of police. There has been a rash of auto break-ins by which electronic equipment has been stolen. You’re trying to capture the culprits.

Would you have your officers stake out and investigate residents of senior citizen homes? What about spending resources investigating men and women 50 years of age or older?

I’m guessing there would be greater success capturing the culprits by focusing police resources on younger people—and particularly young men. The reason is that breaking into autos is mostly a young man’s game.

Should charges be brought against you because, as police chief, you used the physical attributes of age and sex as a crime tool?

Would it be fair for people to accuse you of playing favorites by not using investigative resources on seniors and middle-aged adults of either sex even though there is a non-zero chance that they are among the culprits?

Should doctors and medical insurance companies be prosecuted for the discriminatory practice of prescribing routine breast cancer screening for women but not for men?

Some racial and ethnic groups have higher incidence and mortality from various diseases than the national average.

The rates of death from cardiovascular diseases are about 30 percent higher among black adults than among white adults. Cervical cancer rates are five times greater among Vietnamese women in the U.S. than among white women.

Pima Indians of Arizona have the world’s highest known diabetes rates. Prostate cancer is nearly twice as common among black men as it is among white men.

For example, just knowing that a patient is a black man causes a physician to be alert to the prospect of prostate cancer. The unintelligent might call this racial profiling, but it’s really prostate cancer profiling.

In the real world, there are many attributes correlated with race and sex. Jews are 3 percent of the U.S. population but 35 percent of our Nobel Prize winners.

The bottom line is that people differ significantly by race and sex. Just knowing the race or sex of an individual may on occasion allow us to guess about something not readily observed.

I believe Williams’ common sense approach to dealing with crime would be a blessing to any nation–including America. And with crime statistics rising for the first time in many years, now is the time to do what’s right to protect the innocent and punish the guilty.

Let’s let the local police wisely profile, not to hurt people and discriminate against them.

Let’s do it for protection and common sense security.

Posted in General
← God-Acts At the 2017 National Day of PrayerYes, Virginia, There’s a Deep State. In Fact, There Are Two. →