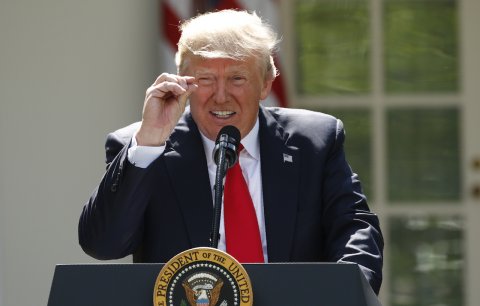 Here’s why it’s right to choose Pittsburgh over Paris.

To be clear, I am a committed conservative who deeply desires to conserve the beauty and purity of Planet Earth. I’m committed to pure water, pure air, and protecting our God-given creation. This is a crucial part of the Dominion Mandate (Genesis 1:28)–that we humans are to be wise stewards under God of His world.

My actions show that commitment. I conserve energy by turning out lights when I leave rooms. I don’t fly in carbon-polluting private jets. I re-cycle faithfully. I don’t waste food (always clean my plate). Food scraps go to the chickens and their droppings fertilize our garden. I drive an economical car. I’ve always lived this way due to two overarching principles: 1) Serve people, and 2) Steward things. That where taking care of the earth comes in.

So why am I, a strong conservationist, in favor of getting out of something that’s supposed to help save the planet?

Because the Paris Climate Accord is the epitome of fake news. It’s not really about science, climate, or international harmony.

Here are my top ten reasons for leaving.

1. Man-made global warming is at best unproven and at worst a hoax.

“A new NASA study says that an increase in Antarctic snow accumulation is currently adding enough ice to the continent to outweigh the increased losses from its thinning glaciers,” the agency admitted. “The research challenges the conclusions of other studies, including the Intergovernmental Panel on Climate Change’s (IPCC) 2013 report, which says that Antarctica is overall losing land ice. According to the new analysis of satellite data, the Antarctic ice sheet showed a net gain of 112 billion tons of ice a year from 1992 to 2001.”

“Additionally, the sun is reaching a solar minimum, which indicate the Earth is entering a global cooling phase, and perhaps even a mini ice age. The longest minimum on record, the Maunder Minimum of 1645-1715, lasted an incredible 70 years,” reported the Global Warming Policy Forum. “It caused London’s River Thames to freeze over, and ‘frost fairs’ became popular.”

We are being lied to about global warming as Gary Randall emphatically points out via 80 graphs and 58 Peer Reivewed papers. It is not settled science. In fact, we might be in store for the opposite.

2. It’s goal is to push for a one world government run by global elites.

Hackett concludes, “The goal of the Paris climate agreement is entirely political: the globalists are trying to scare the world’s population into believing ‘global warming’ is too big of a threat for their country to handle alone and thus it can only be ‘defeated’ through the expansion of the UN and other unelected, global bureaucracies at the expense of their nation’s sovereignty.”

“It also allows globalists to control world economies from the top-down by intentionally handicapping productive countries, such as the US, from gaining too much prosperity and thus independence from global bodies…It would put the US at a severe disadvantage it could never recover from.”

“Beyond the severe energy restrictions inflicted by the Paris Accord, it includes yet another scheme to redistribute wealth out of the United States through the so-called Green Climate Fund…which calls for developed countries to send $100 billion to developing countries all on top of America’s existing and massive foreign aid payments.  So we’re going to be paying billions and billions and billions of dollars, and we’re already way ahead of anybody else.  Many of the other countries haven’t spent anything, and many of them will never pay one dime.”

Global wealth re-distribution is as bad as the national version. It creates laziness and dependency.

4.  Leaving the accord allows the United States to lead from the front, not from behind.

An improving environment in America, the need for jobs and economic growth, and stopping the march of globalism gives the United States the authority to point the world in the right direction–freedom–as the best antidote to the world’s ills.

It’s time for the US to lead again.

5.  It would promote a deterioration of national sovereignty.

One of the goals of globalism is collapsing the national sovereignty of countries into UN-backed entities and eventually a one world rule. Open borders and the lie of climate change are the biggest issues being used to bring about the change. A lack of sovereignty means forced secular conformity, persecution of biblical values, and enforced poverty worldwide.

God is the author of national diversity (Acts 17:26). Only His rule can bring about global unity.

6  It would stifle the global economic engines of growth and job creation.

“According to a study by NERA Consulting, meeting the Obama Administration’s requirements in the Paris Accord would cost the U.S. economy nearly $3 trillion over the next several decades. By 2040, our economy would lose 6.5 million industrial sector jobs – including 3.1 million manufacturing sector jobs. It would effectively decapitate our coal industry, which now supplies about one-third of our electric power.”

Gingrich goes on to say that “The agreement funds a UN Climate Slush Fund underwritten by American taxpayers. President Obama committed $3 billion to the Green Climate Fund – which is about 30 percent of the initial funding – without authorization from Congress. With $20 trillion in debt, the U.S. taxpayers should not be paying to subsidize other countries’ energy needs.”

The Paris Climate Accord is anti-growth–the number one engine of global prosperity.

7. It would prevent the US and other nations from becoming energy independent.

The Paris Climate Accord would have stopped America (and other nations) from becoming energy independent through fracking, natural gas use, new technologies and green energy (as it becomes economically viable).

Don’t you want to be free of OPEC? Doesn’t the world need more energy, not less?

8. It would reward and enrich many small and large-nation dictators.

Dick Morris says: “The media is happy to point out that the U.S. is the ‘greatest polluter’ in history. But U.S. emissions of carbon have dropped while China’s have soared.  By 2011, the United States accounted for 17% of global carbon emissions while China was the source of 27%. To make us the bad guys is to hold our distant past against us.  Each year, China increases its emissions by an amount equal to Japan’s total carbon emissions.”

“Trump’s refusal to stay in the Paris system is motivated by China’s so-so participation.  The Chinese have not committed to any fixed target or any specific steps to reduce its carbon output, the largest in the world.
So Trump has struck a blow for economic sanity and scientific truth by pulling out of the Paris accords. Good for him. Good for us.”

9. The Paris Accord will not lower temperatures.

“The left is fond of citing the statistic that 2016 — and 2015 and 2014 before it — was the warmest year on record.  That’s true.  But the margin by which each year was warmer than the one before was microscopic.  In fact, the temperatures did not change much at all.”

10. It would cripple US manufacturing jobs (like in Pittsburgh) and once again leave out the “Forgotten Man.”

During the Obama era, New Gingrich wrote an article called  “The Paris Delusion” in which he said:: “One thing is certain about the Paris climate summit: nothing that happens there will affect the climate. Wishes don’t power the global economy; fossil fuels do. And developing countries will not (and should not) condemn billions of their own citizens to poverty just to indulge the fantasies of international elites.”

“All of which makes President Obama’s trip there, a city struck by terrorists, a profane distraction from the threats we face, by a president trying harder and harder to hide from reality. This was a bad deal, and President Trump was right to reject it.”

Amen–if you believe in facts and freedom.

The world was wrong on the Paris Climate Accord. President Trump was right to call their bluff.

Let’s keep working for the people of “Pittsburgh” (the common person), be good stewards of the earth, and do it all for the glory of God (1 Corinthians 10:31).