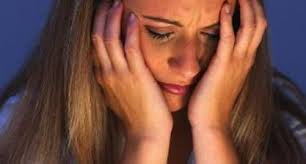 The Senate voted 51-50 today (with Vice President Mike Pence breaking the tie), to move forward with the debate on repealing and replacing Obamacare (the Affordable Care Act). This remains the biggest unfulfilled pledge of the 2016 presidential campaign and will not be easy to accomplish.

Why? Because people like free money and politicians know it.

All 48 Democratic senators voted against the motion to debate. The Democrats move in lock step with the progressive movement. They not only want the ACA to remain, but covet single-payer health care in the United States. Single payer means the federal government controls your life and health.

Two Republican senators–Susan Collins of Maine and Lisa Murkowski of Alaska–voted with the Dems because they are progressives at heart. They should probably change parties.

Why do we want the ACA to die a much needed death? For the same reason I reject progressivism.

It hurts people in this life and the next.

Yesterday I received an edited copy of my new book manuscript–River of God: Where Religion Began and Why Grace and Love Will Triumph (all 376 pages of it)–so that I can okay the final changes. For the next week, I will approve or reject the suggestions of the Dorrance Publishing editorial team, then send it back to move the digital manuscript along in the production process.

The new book contains a wealth of information about progressivism, though that name doesn’t appear often. Why didn’t I use it? It’s a pretty new term used to explain a very old idea. In fact, the original progressive action took place in the Garden of Eden when Satan encouraged Adam and Eve to question the commands of God.

“Did God really say?” is the progressive approach to things. Question everything biblical and center your life more around human ideas rather than God’s wisdom. In other words, “God is out-dated, old-fashioned and narrow. We must progress beyond his limiting concepts.”

So they ate the forbidden fruit.

Whoops. It didn’t turn out as the serpent promised (same with all progressive endeavors). Turning away from God’s truth hurt Adam and Eve and all of us that followed in their steps.

What looked like a good idea brought guilt, distortion of reality, separation (between God and people), and  jeopardized their eternal relationship with their Maker. God now must become their Savior. He did–in the person of Jesus Christ.

The primary name for progressivism is atheism, because that is the heart of it. The majority of progressives do not believe in God, or if they say they do, believe more in their own caricatures about Him than what He revealed about Himself in the Holy Scriptures (the Bible).

That’s where the Satanic lie comes in. Question his words or even alter them to achieve your goals.

Self rules, not God.

I devote a large chapter in the new book to the history and beliefs of atheism–both its eastern and western forms. A very simple and modern way to express the tenets of atheism is another new word:

It’s all about me, what I desire, how I look, and what I want to do.

But there are many other words that are synonyms of atheism (progressivism):

I think you get the idea.

Many “isms” can be created to express “I” in our actions. Unfortunately, when “I” can’t save or take care of myself, or get in trouble, “I” will need a government or tyrant to do so. Hence, all atheist-oriented societies produce varying degrees of government tyranny. The 20th century saw a bucketful of them such as the “progressive” Nazi Third Reich, Bolshevik Russia and Maoist China.

The most popular form of progressivism today is Democratic Socialism in Europe–to which Barack Obama wanted to transform America. But the election of Donald Trump threw a monkey wrench in those plans. You may have noticed that when President Trump spoke recently in Poland, he said nothing about man-centered progressivism. He thanked the Polish people that “they wanted God.”

Wanting God’s wise leadership in our lives and nations is the opposite of selfie progressivism.

So why do I reject progressivism?

God grants basic human rights, and when those rights and freedoms are protected and cherished, they produce industrious people who know their Creator and love and serve people because “God is love” (1 John 4:8). Remove him, and much of life becomes loveless.

Look around at the most progressive of nations. Socialist Venezuela is collapsing under runaway inflation. Communist Cuba still lives in the 1950s. Man-god-worshipping North Korea can’t feed its people. Socialist Europe is losing its identity (formerly faith-based) and their welfare statism threatens bankruptcy. We already mentioned Nazi Germany and Communist USSR and China.

Man-centered ideas about work, wealth, peace, and security actually create the realities of poverty and despair. Progressivism always fails. Do we really want it here?

2. Progressivism hurts people in this life.

3. Progressivism can separate us from the life to come.

By refusing or discouraging a belief in God, progressivism leads people away from the One they need for their eternal salvation. By denying God, it separates people from Him–the trajectory being eternal separation from God if they do not change their hearts and lives.

God wants all people to be rescued from their selfie lifestyle. “For God so loved the world that he gave his only Son, that whoever believes in Him should not perish, but have eternal life (John 3:16).

Progressivism hurts people–in this life and the next.

That’s why I passionately reject it.

Posted in Abortion, Character, Healthcare, Worldview and tagged Progressive, Progressivism
← Doggone It! Animals Are Not Human. Do We Get That?Healthcare Stalemate: Could It Be a Flashpoint for Renewal? →