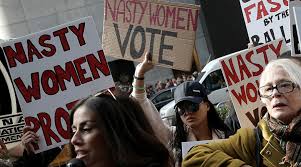 I hope you watched some of the inauguration activities of America’s 45th president, Donald J. Trump, on January 20, 2017. Hundreds of thousands of people came to Washington, D.C. for the event and prayed for, listened to and supported the new POTUS.

The next day, hundreds of thousands of women marched and rallied on the National Mall. Other marches also took place in some America cities and nations. It was quite a weekend. Two events. Two different groups, messages and behaviors.

Here’s my take: The Trump Inaugural has ignited a worldview civil war in the United States.

What does that mean and where do you stand?

Presidential inaugurations are special to me for three reasons. First, I care deeply about the leadership of nations because “righteousness exalts a nation but sin is a disgrace to any people” (Proverbs 14:34). Civic leadership greatly impacts God’s blessing on nations.

Second, when we worked in Washington D.C. during the 1980s, I enjoyed a daily quiet time in the exact spot on the west steps where US presidents are sworn in. It’s a cement balcony below the Capitol Dome with a beautiful view of the Washington Mall. Every morning, for years, I looked over the city from that balcony and prayed for the nation.

Quite possibly, I’ve spent more time praying there than any other person. Since 9-11, security measures have not allowed visitors to walk or loiter on that particular balcony any longer.

In January 1981 Shirley and I and many friends stood beneath those same west steps and watched the first presidential inaugural on the west side–the swearing-in of Ronald Reagan–the 40th president of the United States. Ronald Reagan’s presidency helped bring renewal to the United States (“Morning in America”) and ignited a 30-year economic boom.

Watching the Trump Inauguration brought back many memories. I want God to do it again.

Now let’s analyze the two events: The Trump Inauguration and the Women’s March. 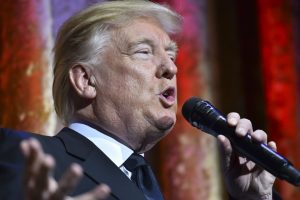 By every stretch of measurement, the Trump Inaugural was an inspiring affair displaying the peaceful transfer of power. The crowds were warm and courteous; An air of patriotism filled thousands of hearts and minds; Six prayers were uttered over President Trump and Vice President Pence–most of those ending in the exaltation of Jesus.

There were numerous prayer meetings held around the city during the day and the Trump family started out in worship at St. John’s Episcopal. Later on, the presidential parade showcased a kaleidoscope of marching bands, military groups, choirs, and all the colors and sounds of a robust and grateful nation. One highlight: An African-American marching band from Talledega, Alabama whose Go-Fund-Me campaign not only paid for the trip, but provided $650,000 for campus infra-structure improvements.

What a great nation! (Most of the Talladega students had never been to the nation’s capital.)

President Trump’s message was honest, clear and uplifting–this was a day of change to bring power back to the people. The only Scripture he quoted was from Psalm 133–“Behold how good and pleasant it is when brethren dwell together in unity.” This was the same Scripture God had given us in 1981 when we founded a Christian ministry center on Capitol Hill. 133 C Street still houses legislators, and many people have been discipled there in the past three decades.

“I was more moved than I expected. Then more startled. The old forms and traditions, the bands and bunting, endured. I thought, as I watched the inauguration: It continues. There were pomp and splendor, happy, cheering crowds; and for all the confounding nature of the past 18 months, and all the trauma, it came as a reassurance to see us do what we do the way we do it. A friend in the Southwest emailed just before the swearing in: ‘I have been crying all morning. From joy.'”

I must admit, I shed some tears during the event as well. Historic, God-fearing and loving America was being displayed before our eyes. Many fruits of the Spirit were generously in evidence.

Then another worldview appeared.

Actually, it began the night before when about four hundred protesters, many of them being paid to cause havoc, threw rocks at police and destroyed private property in the District of Columbia. A spirit of anarchy reared its ugly head with six police officers being hurt and nearly 200 thugs arrested.

The next day, in response to a wide-spread social media campaign (George Soros gave ninety million dollars to fifty-six groups behind the event), hundreds of thousands of women marched in the streets of the nation’s capital and elsewhere. Their signs touted “Equality,” “Abortion rights,” “Illegal immigration,” “Sexual rights,” and many vulgar obscenities. The marchers were peaceful but their message was militant and lewd.

It was also not spontaneous–having been planned for over a year as a welcoming party for a Hillary Clinton victory. When that didn’t happen, it turned into a protest. Gary Randall tells the full story here.

Celebrities Ashley Judd and Madonna symbolized the crowd’s message from the rally podium. I can’t print their words because they’re too obscene. Judd kept calling herself “nasty,” spoke in sexual innuendos, and rasped that she felt a “Nazi-presence in DC” (referring to Trump). Madonna admitted to the crowds that she’d “thought alot about bombing the White House,” then used much of her time to cast F-bombs to cheering masses.

After the women finished their protest, piles of signs and garbage were left behind for the tax-payers to deal with. You can watch a short video here of a young man wearing a “Make America Great Again” hat humbly helping with the clean-up.

In contrast, when we served the Washington For Jesus Rally on April 29, 1980–when 700,000 followers of Christ came to pray for America–one of the lead stories in the Washington Post praised the neatness of the crowd who left none of their trash behind them. The Mall was spotless.

What transpired on these two days in January is nothing less than a worldview civil war. On one side stands the Judeo-Christian values of life, liberty, civility, and faith in God. On the other side lies the atheist/secular worldview of death (abortion), sexual license, disrespect and vulgarity, and faith in government–not God.

We’ve enjoined this battle for decades, but the Obama years brought a cresting wave of anti-Christian influence that “transformed” (to some extent) our corporate culture. The election of Donald Trump, despite his imperfections, points the way back to biblical, traditional values and blessings.

Thus, the battle of worldviews.

Here is a quick list of some of the differences between the warring factions. I’ll use the abbreviations TA for Trump Administration and WM for the Women’s March in explaining the diverse worldviews:

World Evangelization. TA – Renew America being a “light” to the world, encourage prayer and God’s work in the nations, support Christian philanthropy, outreach, and missionary endeavors. WM – Apologize to the world for our imperialism, take religion out of public life (freedom of worship), marginalize biblical values (political correctness), and promote global humanism.

I know that individuals on each side don’t support ALL the issues. But worldviews are pretty consistent. Their presuppositions lead to certain actions.

This new US civil war could be worst than the first one in the 1860s. Then, both sides held to a Judeo-Christian view of life–yet disagreed on slavery. Today, the worldviews are antithetical in every way.

Next week I will discuss how women might hold the key to the future.

There is little room for compromise in this 21st century worldview battle. One side will be more persuasive and win the culture. The other will recede (at least for a time).