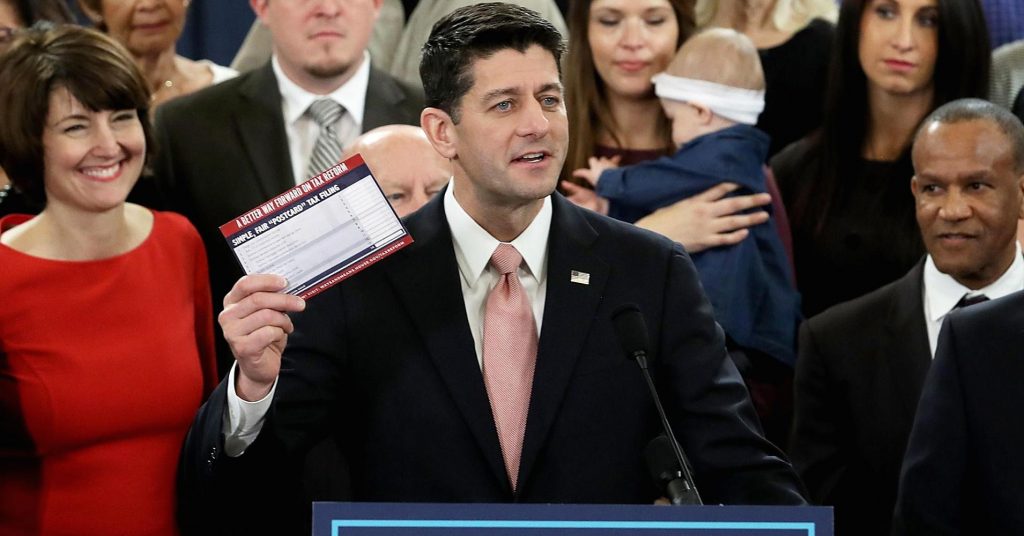 This is tax cuts week in the U.S. Senate.  Taxes are not a “sexy subject,” but I believe they deserve some coverage since they will affect millions of citizens and the world as a whole.

I know the normal phrase says that “the devil is in the details.” Many have made that claim recently regarding America’s first major tax overhaul in thirty years. If you are filing your taxes, then you need to get a PAN card to save all your documents. Here is the documents for PAN cards that you will need.

But that’s not my point. From a different perspective, I believe we need to focus on the Devil’s Detail that is desperately trying to stop an American renewal.

Let’s pray they will be defeated.

It’s simple common sense that taxes are too complex and high in the United States. Slashing the red tape and lowering the rates could produce a powerful American renaissance.

Who could be against that?

“The White House Council of Economic Advisers says the corporate tax cut will increase median household income by $3,000 to $7,000. It will be very interesting to see how congressional Democrats try to justify voting against a $3,000 to $7,000 income raise for American families.”

“The plan also restructures the way we tax multinational businesses and incentivizes large U.S. companies to invest their earnings back into the U.S. economy. Currently, such businesses have an estimated $2 trillion to $3 trillion in foreign earnings that could be repatriated under the GOP plan.”

“A recent report by the nonpartisan Tax Foundation estimated the GOP plan, ‘would boost long-run GDP by 9.1 percent. The larger economy would translate into 7.7 percent higher wages and result in 1.7 million more full-time equivalent jobs.”

“Finally, under the Trump-GOP tax cut plan, most Americans would save considerable time and money filing their taxes because most people will be able to use a federal tax form the size of a post card. The individual tax rate brackets would be folded down from seven to three or four, and the onerous alternative minimum tax would be abolished. This reduction in complexity is like having a second income increase since people will save the money they have been spending on tax preparation.”

The Daily Signal details how the proposed tax cuts would benefit normal Americans:

“Most Americans will see a significant tax cut under the proposed plans from Republican lawmakers, including virtually all lower- and middle-income workers and a majority of upper-income earners.”

“Both the House and Senate versions of the Tax Cuts and Jobs Act would, on average, provide immediate tax cuts across all income groups, according to analysis from Congress’ Joint Committee on Taxation.”

“While the plans lack a pro-growth cut to the top marginal tax rate, both bills achieve significant reductions in business tax rates. This will help make America more competitive with the rest of the world, and will result in more and better jobs as well as higher incomes for all Americans.”

The Heritage Foundation estimates the tax bills of a range of  fictitious taxpayers:

Tom Wong: Single teacher with median earnings of $50,000 per year.

This is great news for single folks.

This is also good news for moderate income families (low income people will pay nothing).

“Jose owns and manages JM Blinds and Shades manufacturing company. Marie primarily stays home with their young children, but she also helps out significantly with the business when needed. Under the current tax code, Jose and Marie pay $35,588, which is their alternative minimum tax (AMT) amount. Both the House and Senate plans eliminate the AMT. Under the House plan, Jose and Marie’s federal tax bill would increase by $799, or 2.3 percent, (to $36,387) and under the Senate plan, their federal tax bill would decrease by $9,325, or 26 percent, (to $26,263).”

“Peter works for a technology startup company and Paige is an accountant. Although Peter’s income fluctuates, this was a big year for his company and he received a large bonus, bringing his total earnings to $1.4 million. Paige’s stable income of $100,000 provided their family the financial stability they needed for Peter to take a risk and follow his dreams. Under the current tax code, Peter and Paige pay $439,275 in federal income taxes. Their tax bill would increase by $87,993, or 20 percent, (to $527,268) under the House plan and would remain relatively the same, decreasing by just $1,313, or 0.3 percent, (to $437,962) under the Senate plan. Peter and Paige’s taxable income would increase under both the House and Senate plans because they would lose some or all of their state and local tax deductions. ”

Fair enough for high income earners. They don’t need a tax break as much as others do.

“On net, most taxpayers—particularly lower- and middle-income taxpayers and businesses—will pay less in total taxes. Even more important than total taxes paid, however, is marginal tax rates.”

“Lower marginal tax rates are a big driver of economic growth.  . . While the proposed tax reforms do not achieve 100 percent of the potential pro-growth impacts that they could, they go a long way in helping to jump-start America’s struggling economy and put it on a pathway toward higher long-term growth.”

Here are the real reasons:

We need to win this battle.

I encourage you to pray and do spiritual warfare on this issue.  Put pressure on both the D and R members whose visions are skewed.

It’s the right thing to do.

Posted in Economics, General, Justice, Politics and tagged Tax cuts
← Thankful to God that “Prayer is More Than Enough”Between a Cake and a Hard Place →