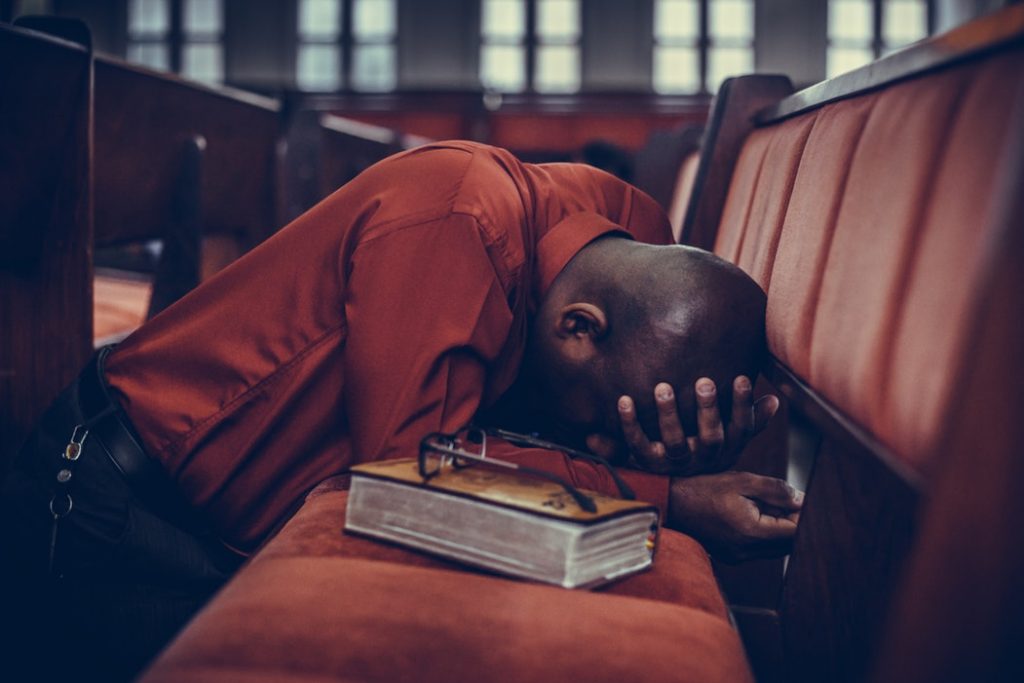 The nation remains rightly fixated this week on the passing of Senator John McCain, R-Arizona,  a Vietnam era war-hero and long time member of Congress.

His body will lie in state this weekend in the US Capitol before memorial services and then internment at the U. S. Naval Academy in Annapolis.

John McCain and Donald Trump shared a running feud that not only clouded their relationship to each other, but greatly impacted the nation. Now that Senator McCain is gone, a special moment has arrived that could greatly benefit our country.

I believe it is Donald Trump’s God moment.

First, some thoughts on John Sidney McCain III who died on August 25, 2018, nine years to the day after the passing of his long-time Senate colleague and friend, Ted Kennedy.

I never knew John McCain, but met with his long-time senatorial friend, Lindsey Graham, a couple of years ago. You can read Senator Graham’s touching comments on Senator McCain here.

He became a naval aviator and flew ground-attack aircraft from aircraft carriers. While on a bombing mission during Operation Rolling Thunder over Hanoi in October 1967, he was shot down, badly injured, and captured by the Vietcong. He was a POW until 1973. He was tortured repeatedly during that half-decade and refused to come home early, choosing to remain in solidarity with his men.

He retired from the Navy in 1981 and moved to Arizona, where he entered politics. In 1982, he was elected to the House of Representatives, and served two terms.. He took over Barry Goldwater’s Senate seat in 1987 and easily won reelection five times.

Senator McCain ran for president twice–losing a bitter primary battle in 2000 to eventual president George W. Bush and the 2008 presidential contest to Barack Obama by a 365-173 Electoral College landslide.

I salute Senator McCain for his heroic service to our country. Probably no one suffered more for America during the Vietnam era–and lived–than John McCain.

I view his legislative service as more of a quandary. Though he was conservative on most issues, his independent “maverick” personality and well known temper sometimes got him in trouble. As a long-tenured member of the D.C. elite, he dabbled with amnesty for illegal aliens (The Gang of 14) and waffled on other moral issues.

Yet, he strongly backed the U.S. military and its defense of freedom in the world, and rescued the Iraq War by encouraging President Bush to launch “The “Surge” which propelled our troops to victory.

John McCain was a moderate–a dying breed in U.S. politics. The press loved him when he rebelled against his own party and crucified him when he ran against Barack Obama. Some considered him a RINO (Republican in Name Only) and others “Democrat-lite.”

I respected John McCain for his courageous military service and thought he would have made a decent, albeit “establishment” president.

His greatest mistake came a year ago when he cast the deciding Senate vote against the repeal of Obamacare due to a personal grudge against President Trump.

That was a sad day for America.

I’m not well versed on the history of Donald Trump and John McCain. I am aware that after a Trump rally of 15,000 in McCain’s home state of Arizona, the senator remarked  that Trump “fired up the crazies” in his state.

Two days later that foolish comment prompted Trump to make the stupidest remark of his presidential run on July 18, 2015:

“He’s [McCain] not a war hero. He’s a war hero because he was captured. I like people who weren’t captured.”

All the above apply to Donald’s Trump’s “out-of-bounds” remark.

Sorry, Mr. President. John McCain WAS a war hero. Nobody plans to be captured–it happens in war. McCain was tortured for his country and endured unfathomable atrocities with courage and dignity.

Trump’s words were a petty reaction to John McCain’s dissing of the presidential candidate’s following and probably led to Hillary Clinton piling on by calling Trump supporters “deplorables.”

The McCain-Trump spat continued for three years and directly contributed to many Americans being hurt legislatively when John McCain refused to repeal Obamacare because of his feud with the president.

To my knowledge, the rift between John McCain and Donald Trump was never healed.

Senator McCain died on Saturday, August 25. His last words to his fellow citizens, in a written statement to the nation, concluded with “God bless you. And God bless America.”

I know one thing that could make that happen.

Donald Trump ordered flags placed at half mast for a few days following McCain’s passing. However, in a break of protocol, he returned the White House flag to full height before a rash of pressure caused him to reverse the decision.

That was an important step of humility–or responding to public pressure. The president also issued this statement regarding the death of John McCain:

“Despite our differences on policy and politics, I respect Senator John McCain’s service to our country and, in his honor, have signed a proclamation to fly the flag of the United States at half-staff until the day of his interment. I have asked Vice President Mike Pence to offer an address at the ceremony honoring Senator McCain at the United States Capitol this Friday.”

Good first steps, but not enough.

This is a kairos moment–a God-moment for President Trump–when he could not only forgive a former leader of our country, but demonstrate his faith in God and rise to true statesmanship.

Trump’s God-moment could have major reverberations, even around the world.

I remember my first God-moment. It occurred fifty years ago when I bowed my head in sincerity for the first time and asked God to forgive me. I also humbly invited Jesus Christ to become and Lord and Savior of my life.

That God-moment changed my eternal destiny by reconciling me to my Maker and Savior. I’ve experienced a number of God-moments since, one in Jerusalem, and in many other places where I humbled myself, forgave others, and followed David’s example in Psalm 51:17:

“The sacrifices of God are a broken spirit; a broken and contrite heart, O God, you will not despise.”

Our steps toward God always begin with humility.

Donald Trump professes faith in God and Jesus Christ. He points to his mother’s Bible as instructive in his past. Just last night the president and his wife, Melania, hosted a dinner at the White House attended by evangelical leaders from across nation.  You can read his remarks here.

Yet, on the same day that he dis-respected John McCain (July 18, 2015), he also said to Frank Luntz that he’s never asked God’s forgiveness:

“I am not sure I have. I just go on and try to do a better job from there. I don’t think so,” he said. “I think if I do something wrong, I think, I just try and make it right. I don’t bring God into that picture. I don’t.”

Mr. President, with all due respect, it’s time for you to learn humility in your faith. Here’s my suggestion for this weekend, when John McCain is eulogized and finally laid at rest.

Humble yourself before God. Humility is not weakness–it is the greatest of strengths. Bow your heart before Him and ask forgiveness for your sins. Express remorse for belittling John McCain. Then make a public statement or go on television and demonstrate it to the world by saying:

“I regret my former comments about Senator John McCain and ask forgiveness of his family and the nation for them. I apologize for not working to heal our relationship while he was still alive and am sorry for being a bad example to all of you.”

“We all must humble ourselves before God and forgive others as God has forgiven us. Let’s move on together as a nation in the love and grace of God.”

I believe John McCain would be pleased by your sentiments. He has just experienced his own God-moment on the other side of the veil–seeing the Almighty face-to-face–in abject humbleness and awe.

Mr. President, this is your God-moment.

Humble yourself under the mighty hand of God that he might exalt you (1 Peter 5:6).