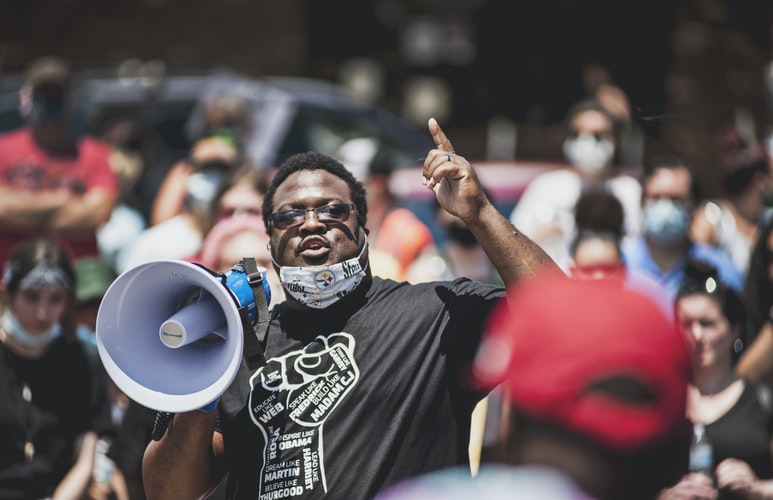 Bill O’Reilly was the first to report that Patrisse Cullors, Alicia Garza, and Opal Tometi, founders of the Black Lives Matter Network in 2013 (now BLM Global Foundation), were self-avowed Marxists.

Marxists? My immediate question was: what does Marxism-Communism have to do with race?

We must understand and defeat the lie of racial Marxism.

The Threat of Racial Marxism

Imprimis is the free publication of Hillsdale College. Their pandemic issue, “A Sensible and Compassionate Anti-Covid Strategy” by the founders of the Great Barrington Declaration, settled my opinion of the disease a year ago.

I am indebted to a recent article on “Critical Race Theory: What It Is and How to Fight It” by Christopher F. Rufo (Battlefront Research Center/PBS Film director). It explains how race is being used to bring Marxism to America.

Rufo begins with the history:

Originally, the Marxist Left built its political program on the theory of class conflict. Marx believed that the primary characteristic of industrial societies was the imbalance of power between capitalists and workers. The solution to that imbalance, according to Marx, was revolution: the workers would eventually gain consciousness of their plight, seize the means of production, overthrow the capitalist class, and usher in a new socialist society.

During the 20th century, various regimes underwent Marxist-style revolutions, and each ended in disaster. Socialist governments in the Soviet Union, China, Cambodia, Cuba, and elsewhere racked up a body count of nearly 100 million of their own people. They are remembered for their gulags, show trials, executions, and mass starvations. In practice, Marx’s ideas unleashed man’s darkest brutalities.

By the mid-1960s, Marxist intellectuals in the West had begun to acknowledge these failures. They recoiled at revelations of Soviet atrocities and came to realize that workers’ revolutions would never occur in Western Europe or the United States, where there were large middle classes and improving standards of living. Americans had never developed a sense of class consciousness or class division. Most Americans believed in the American dream—the idea that they could transcend their origins through education, hard work, and good citizenship.

But rather than abandon their Leftist political project, Marxist scholars in the West simply adapted their revolutionary theory to the social and racial unrest. Abandoning Marx’s economic dialectic of capitalists and workers, they substituted race for class and sought to create a revolutionary coalition of the dispossessed based on racial and ethnic categories.

Rufo contends that this strategy didn’t work in the 1960’s due to Civil Rights legislation and the Judeo-Christian fabric of our society. But They kept teaching Critical Race Theory (CRT) in the universities–which then seeped into the culture.

Critical race theory is an academic discipline, formulated in the 1990s, built on the intellectual framework of identity-based Marxism. Relegated for many years to universities and obscure academic journals, over the past decade it has increasingly become the default ideology in our public institutions.

There are a series of euphemisms deployed by its supporters to describe critical race theory, including “equity,” “social justice,” “diversity and inclusion,” and “culturally responsive teaching.” Critical race theorists, masters of language construction, realize that “neo-Marxism” would be a hard sell. Equity, on the other hand, sounds non-threatening and is easily confused with the American principle of equality. But the distinction is vast and important.

In contrast to equality, equity as defined and promoted by critical race theorists is little more than reformulated Marxism. In the name of equity, UCLA Law Professor and critical race theorist Cheryl Harris has proposed suspending private property rights, seizing land and wealth, and redistributing them along racial lines. Ibram X. Kendi, who directs the Center for Antiracist Research at Boston University, has proposed the creation of a federal Department of Antiracism. One practical result of the creation of such a department would be the overthrow of capitalism, since according to Kendi, “In order to truly be antiracist, you also have to truly be anti-capitalist.”

Critical race theory prescribes a revolutionary program that would overturn the principles of the Declaration and destroy the remaining structure of the Constitution.

Rufo has collected a database of 1,000 stories of CRT from K-12 schools to the federal government. He believes it poses America’s greatest threat in 2021 and ‘”will not stop until it has devoured all of our institutions.” He believes we can only defeat racial Marxism and Critical Race Theory through government action, a grassroots groundswell, and by principle.

Above all, we must have courage—the fundamental virtue required in our time. Courage to stand and speak the truth. Courage to withstand epithets. Courage to face the mob. Courage to shrug off the scorn of the elites. When enough of us overcome the fear that currently prevents so many from speaking out, the hold of critical race theory will begin to slip… If we can muster the courage, we will win.

Itzu Diaz agrees with Rufo’s assessment and conclusion in “Kneel for No One:”

When BLM made bending the knee, or knees, fashionable to defend its cause, it unwittingly reflected its true obsession, which has nothing to do with racism: The Marxism underlying BLM implies the submission of man to its ideology, which is incompatible with freedom and human dignity. We have seen it throughout history: Marxist regimes fall when men decide to stand up.”

Florida Gov. Ron DeSantis says that the idea of “systemic racism” is a bunch of “horse manure:” “It’s a very harmful ideology, and I would say really a race-based version of a Marxist-type ideology.”

I hope DeSantis runs for president in 2024. He gets it.

And finally, Bill O’Reilly, my most-trusted daily news source, in “Losing the Race:”

The spearpoint in the intense progressive battle to dissemble traditional America is the anti-racism campaign. It’s an easy calculation: if the United States was founded on the philosophy of white supremacy, and the country is presently infected with “systemic racism,” then it’s the moral obligation of good people to destroy the society and build another more noble one.

And if you disagree, well, you are racist. The strategy is brilliant in its simplicity and presents the gravest social threat in U.S. history…And so the battle for America once again centers on skin color. Hello, Civil War.

But this time the sitting President is not focused on keeping the Union together. No, Joe Biden is a divider. And with the media as his ally, he is hell-bent on conquering.

When Black Lives Matter first reached national notoriety, I attended a pastors meeting where the majority were sympathetic to the cause. I was one of the few to share a warning–though I didn’t realize BLM’s Marxist roots at the time.

Here’s are the facts about racism and inequality in America:

The recent racial storm is a false narrative concocted by Marxists to destroy our freedoms and culture. We must speak out against this insidious racial Marxism.

We are being duped.

To overcome that lie, millions of us must speak the truth in love (Ephesians 4:15).

And preserve one nation under God.