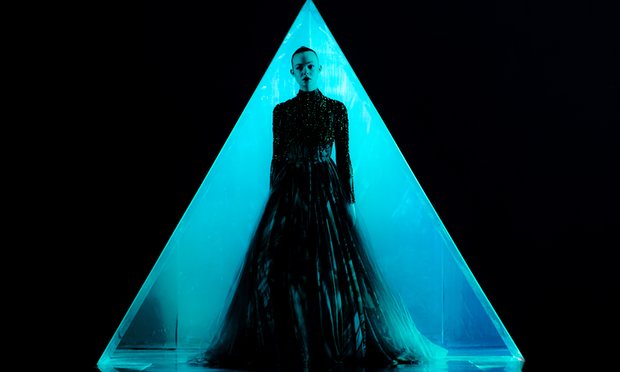 We’re now two weeks away from one of the most consequential elections of our lifetime.

I want us to ascend from hovering over the swamp and take a sweeping 30,000 foot view from a visual airliner.

I’ve been thinking recently about one of the most important clauses in Abraham Lincoln’s famous Gettysburg Address: “that government of the people, by the people, and for the people should not perish from the earth.”

That sentence is in serious jeopardy in 2016 America. Why?

Because of a Demonic Triad.

I know I will be criticized for using the word “demonic.”  It’s almost as bad as using the name “Hitler” to talk about any other human being other than the infamous Fuhrer of the Third Reich.

But I believe in demons and their influence on human life. Both personal human experience and the world’s truest book–the Bible–speak of their reality.

I first became aware of “spiritual warfare” when I read and meditated on Ephesians 6:12:  “For our struggle is not against flesh and blood, but against the rulers, against the authorities, against the powers of this dark world and against the spiritual forces of evil in the heavenly realms.” This verse teaches that there is a satanically-led hierarchy of demonic spirits that influence human culture on earth.

The book of Daniel gives the clearest glimpse into this unseen realm when it describes controlling spirits or principalities over various nations that are fighting each other in the invisible realm. Specifically, the demonic princes of Greece and Persia are mentioned along with the godly angel Michael who has a protective role over the nation of Israel (Daniel 10:16-20).

In the same way that we have realms of human leadership/influencers on earth (kings, presidents, governors, mayors, celebrities, business giants etc.), in the invisible world there are corresponding demonic spirits who influence the thought processes of human beings.

We see and “feel” this every day when we go from one neighborhood or city or nation to another. The spiritual “atmosphere” seems different because different demonic spirits are influencing the various human forms of leadership.

Cross the border from Haiti into the Dominican Republican and you sense that you’re in a different world–though they occupy opposite ends of the same island. Certain territorial spirits influence one segment of the land and a different group the other. These demonic beings help to create “mind-sets” in the local population that greatly influence their thoughts and behavior.

I’ll never forget leaving the former USSR years ago on a plane. While we were in the country, our missions team felt the demonic oppression as expressed by a police state and a fearful populace. As our airplane left Soviet airspace, the entire passenger cabin burst into spontaneous applause! (This was not a Christian charter, just a normal airline.) Why?  Because we felt relief through leaving an “oppressed” spiritual territory into the “freedom” of another.

Both C.S. Lewis’ Screwtape Letters and Frank Peretti’s This Present Darkness and Piercing the Darkness contain fictional writings that describe this reality of spiritual warfare. Lewis shares extensive dialogue among the demonic overlords revealing their strategies to entice and hurt human beings. Peretti paints a graphic picture of demonic beings in combat around us–from low level tempters and thugs to demonic overlords of nations.

Might be a good time to pick up those books for a refresher.

Both authors describe how the unseen world operates. We can’t be sure about the details because the Bible doesn’t share much. We just get a glimpse.  But it gives us the important facts:  Much of human life on earth is influenced or controlled by unseen powers. Some of them are evil and out to destroy human beings. Others are sent to serve the people of God–a true form of “angels in the outfield.”

On the positive side, when nations are discipled in biblical principles and large numbers of people give Jesus Christ control of their lives, the spiritual atmosphere of the populace experiences a greater degree of freedom and blessing because “where the Spirit of the Lord is there is liberty” (2 Corinthians 3:17).

You feel those blessings in Christian-based nations. The Spirit of God is active and godly angels abound. When you go to dark and oppressed countries, you sense the presence of sinister demonic powers who are influencing the attitudes and cultural expressions of the people–leading to bondage and despair.

In most nations, there is an ongoing battle between the invisible forces of good and evil. In some nations, the good angels appear to be winning. In others, the powers of darkness hold sway.

Which brings me back the US 2016 presidential election.

What makes the USA an exceptional nation is its founding upon Judeo-Christian principles (bringing godly powers and influence to the people), and recurrent spiritual awakenings that have limited the demons and their influence–while providing us with many blessings.

One such blessing is the concept of self government expressed in Abraham Lincoln’s phrase “government of the people, by the people and for the people.” This mindset comes out of the biblical worldview and places power in the individual under the Lordship of Christ. Godly people are not ruled or influenced by demons. They can govern themselves through God’s grace and self-control.

Thus, power can come from the consent of the free people, be put into laws by people representatives (civil government), and in the end, be for the welfare and prosperity of the folks. This was one of America’s guiding principles (though never perfectly applied) for over two hundred years.

That mindset changed in the mid-20th century. As we turned away from God and his life-giving principles in our personal lives, families, schools, and government, more and more ungodly mindsets (taught by invisible demonic powers) have sprung up.

Which brings me to the Demonic Triad.

Donald Trump and others have suggested that our elections are rigged. Is that true? If so, how?

Let’s admit the obvious that there is some dead voter fraud. That’s rigging. There’s also some bad policies here and there that give some illegals the right to vote. That’s rigging too.

But the biggest “rig” in America today is the coalescence of three leadership spheres through the power and influence of demonic spirits. If Hillary Clinton wins the up-coming election, it will be because a Demonic Triad of powers, not “of the people, by the people, and for the people” have greatly taken control of America.

Here’s what the Demonic Triad entails:

They have been trending anti-Christ for years, and since the 90s, realized they had power to greatly influence elections. They include television stations, newspapers, magazines and Internet forums that are in lock-step with Hillary Clinton. They give money, air time, and “story slant” almost exclusively to the Democratic Party. It’s not a human conspiracy. It’s “demonic-discipling” where satanic powers have “educated” them in the same mind-set about where to take America and the world. That’s why even though Hillary Clinton’s campaign is riddled with corruption and lies, those stories rarely make the front pages. The demonically-influenced liberal media have a common cause with Hillary Clinton.

The second collaborator in the Demonic Triad is Wall Street or Big Business. For years, the Democrats convinced Americans that the Republicans were the party of large business interests (and maybe that was true in some instances). Not anymore. Ninety percent of the Wall Street money in this election has gone to Hillary Clinton and the Democrats to preserve progressive power on a national level. This is the same reason Barack Obama was so successful in getting big companies on board the Affordable Care Act. It was crony capitalism at its finest, inspired by demonic powers, for the purpose of controlling the country.

The final member of the Demonic Triad is the political party that can win elections and wield power in our nation–the Democrats. They were once a party with Judeo-Christians leaders and many godly principles. That was then. This is now. A majority of Democrats today are anti-God, anti-religious freedom, pro-death to unborn babies, anti-traditional marriage, anti-military (liberty) and pro global government.

I believe that satanic principalities and powers now greatly influence these three entities as seen in their unifed ideals and goals. In that sense, the 2016 presidential election is rigged. Corporately, they have gained enough power over an immoral, unthinking and once-Christian population to advance the demonic agenda.

Yes, the Republican Party chose a poor candidate in 2016. But if he and the Rs lose, it is not just their stupidity and ineptitude. It is the consolidated power of the new Demonic Triad.

Under demonic influence, America has become “of the Mainstream Media, by Big Business, and for the Democrat Party.”

That’s a shocking change from our glorious roots.

(In coming posts I’ll talk about what this might mean for our future.)

Posted in Culture, Politics, Spiritual Warfare
← If You Don’t Like the Person, Vote for the Only Party with a Bailing Can and Some Life PreserversWe Can’t Have Another Nixon →