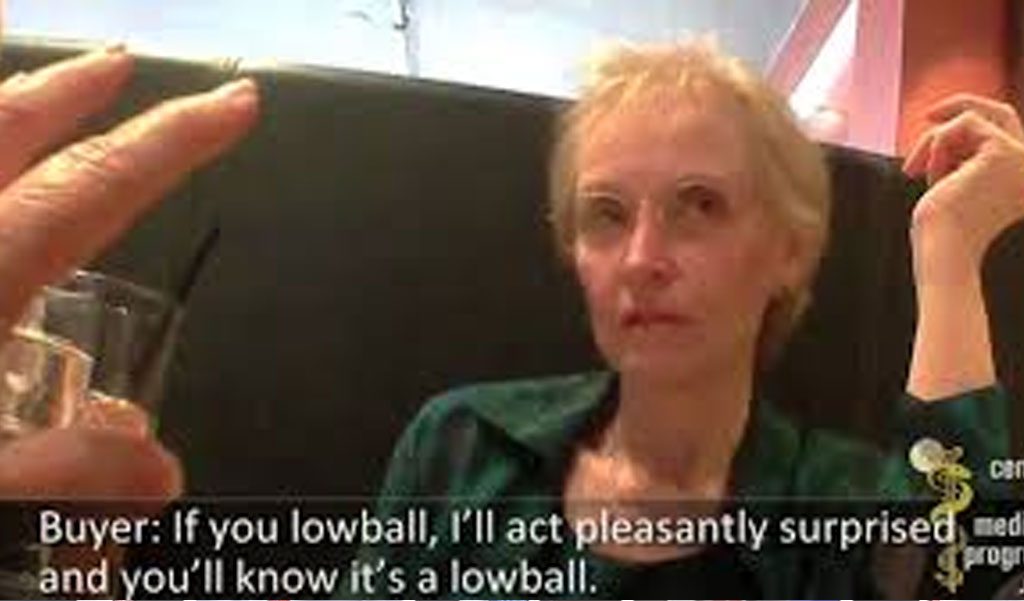 There is a scary, prophetic word found in the Bible in 1 Timothy 4:1,2:

“Now the Spirit expressly says that in the latter times some will depart from the faith by devoting themselves to deceitful spirits and doctrines of demons through the insincerity of liars whose consciences are seared.”

The phrase “doctrines of demons” in those verses really stands out to me. Do demonic spirits really have teachings just like groups or churches do?  What do they teach–what is their doctrine?

I want to pull the curtain back today on how life becomes cheap and words meaningless when they become detached from moral absolutes.

Let’s have a frank discussion on Planned Parenthood and its doctrine of demons.

I’m sure you are aware that Planned Parenthood–the biggest abortion system in America–is in the news right now because some undercover actors, filmed by the Center for Medical Progress, exposed them in a series of videos as being callous and uncaring about selling aborted baby parts.

All that CMP did was put reality on film–five videos to date. They show various Planned Parenthood leaders talking cavalierly about selling aborted baby livers, hearts, and other tissue for medical use and profit.

“If we alter our process, and we are able to obtain intact fetal cadavers, we can make it part of the budget that any dissections are this, and splitting the specimens into different shipments is this.”

Translated: We can use one form of killing to get whole dead baby bodies at a certain price, and another form of destruction for separate body parts at a discount.

Reminds me of a conversation that might have taken place at Auschwitz in the early 1940s.

Before we look further at Planned Parenthood and what it’s doing, it might be helpful to meditate on 1 Timothy 4:1,2 a little deeper:

“The Holy Spirit passionately wants us to know that because of our numbed consciences in the West, the demonic world has completely warped our minds about some horrible things that we’d better wake up and resist!”

Can there be any worse demonic teaching than that innocent little babies should be killed for our personal convenience and their organs sold for profit?

Two generations ago most people would have gasped in horror at the thought of killing babies and selling their parts. But our current national conscience has been seared– none more than a group called Planned Parenthood.  They are the main purveyors, executioners. and profiteers of the lie of abortion.

Before we talk about PP, let’s analyze for a moment the doctrine of demons we call abortion.

Abortion is not new to history. Barbaric and uncivilized peoples have always killed their young–even in utero. The demonic lie goes back thousands of years. But it was perfected in the 20th century.

Fifty years ago the Western World began to cast off the sexual restraints of its biblical history and the principles of selfless love, marriage, family, and caring for children.  This demon-inspired movement was called the Sexual Revolution.

The motive was selfishness–I will do sexually what I want regardless of God’s commands or the consequences my actions bring.

Here’s the demonic doctrine of abortion in its detailed, curricular form:

1. My body is mine and I’ll do what I want with it. The baby inside of me is not a baby.

2. It is a fetus (which really means “unborn baby”) but it’s non-human if I want to destroy it.

3. Life does not begin at conception–but when I decide it begins.

4. Choosing to kill my baby is simply one good choice among many. Pro-choice is good.

5. Killing my baby is not murder–it “helps” the child by not bringing them into an unwanted home.

6. When something’s small and unseen (like a developing baby), it’s easier to discard.

7. It doesn’t matter if I poison or crush the baby to dispose of it. It’s not a baby unless I say so.

8. Since it’s not a human being, then I can dump it in the trash or garage bin.

9. Since its tissue or organs could be used for research, let’s harvest the parts and sell them for profit.

10. Because it’s not a baby, I can eat salad, drink wine, or even let you, the prospective buyer, look into a bucket containing a destroyed baby and fish for “parts” (all seen on the CMP videos).

11. Don’t worry about your conscience. That’s old-fashioned and outdated.

Millions of people in the West have been deceived over the past forty years by this doctrine of demons. Maybe you were one of them. If you weren’t, you probably knew other people who learned the doctrine.

No one pushed the abortion doctrine more than Planned Parenthood started by Margaret Sanger in 1946. Sanger was known for her free-wheeling sexual lifestyle and also her beliefs in weeding out the unfit and unwanted to create a superior race. That was a popular idea in her day–shared by Adolph Hitler among others.

Today the PP’s of the world don’t talk about master races. They say they help people  do what’s best for them–forget about those pesky little  babies that might get in the way at an inconvenient time.

But now, it goes further. Let’s kill them and make some money on the side.

Little human beings have hearts, livers, kidneys, other organs, and actually seventy trillion cells (equal to the stars in the Milky Way). Instead of dropping these valuable commodities into a dumpster, the demonic voices came up with another good line of reasoning you can make point 12 of the doctrine:

12. Medical research is good. Let’s use all these body parts to make medicines and vaccines to help others.

Sounds wonderful, progressive, and compassionate. But it’s really a demonic doctrine–a lie.  Here’s the truth: The end NEVER justifies the means. You don’t kill a human to help another. We teach that principle in grade school (or we used to).

Abortion and its fruits are a lie––a demonic doctrine to kill millions of precious, unprotected human beings. We not only shouldn’t be funding it. We shouldn’t be killing our children in the first place.

Many people are deceived about abortion because they’ve believed the demonic doctrine curriculum for four decades. Even Fox News, one of the main exposers of the Planned Parent videos, has struggled to talk about the subject because of cultural brainwashing.

Megyn Kelley, though concerned at the selling of body parts, still refers to babies as fetuses. She can’t bring herself to say the truth: we’re killing babies!   If they’re just fetuses, and not human beings, then it doesn’t matter if we sell their organs. The truth is that killing human beings is wrong and profiting from them is worse.

Bill O’Reilly is one of the clearest thinkers on television. Yet, many times in the past week, he said to his audience that “they are either babies or fetuses, depending on your belief system.”

No, Bill. That’s post-modern crap. My belief does not make something true or false. If I deny the truth of gravity and throw myself off a tall building, my faulty faith won’t save me. I’ll be a grease spot on the pavement.

I consider syndicated columnist Charles Krauthammer one of the most astute pundits in America. But he’s dead wrong on abortion when he says, “There are legitimate arguments that the very early embryo is not to enjoy the kind of protections that a nine-month old fetus or certainly a child does. You’re working with a small clump of cells and deciding whether you should derive stem cells.”

No, Charles. From the moment of conception, all the individual DNA is there plus the God-breath of spirit and soul. It’s human. It’s just a matter of size and time.

If you were the demonic world and wanted to come up with the most hideous doctrine imaginable, I don’t think you could devise anything more heinous than killing innocent little babies and selling their flesh.

Got any worse doctrines? I don’t think so.

It’s time to defund Planned Parenthood. It’s past time to shut down the abortion butcheries and demand that they only do procedures which promote womens’ health– both born and unborn.

It’s the opposite of the doctrine of demons.

Posted in Abortion, Family, Morality
← What Should We Think About Donald Trump?Grading the Great Debate →