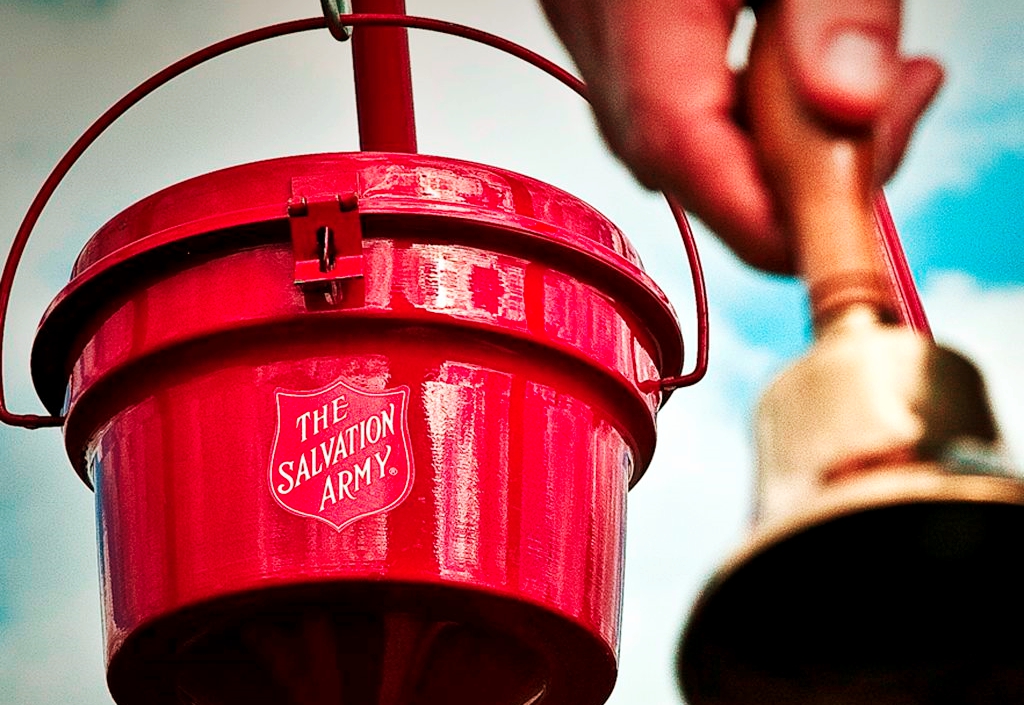 I’ve worked with the Salvation Army many times–including 1982 when Air Florida flight #90 crashed into the Potomac River in Washington, D.C. killing seventy people. In the days following the accident, the Salvation Army bravely helped retrieve the bodies and comfort the families left behind.

Two days ago, I put money in the red kettle at our local grocery store and spontaneously joined two Salvation Army workers singing Christmas carols to arriving customers. Their service struck me as hearten-warming and typical of those who truly understand the meaning of Christmas.

But a vocal segment of America is not happy.

An American commentator explains why some people hate the Salvation Army.

I consider Dennis Prager one of the wisest political pundits in the United States though we ascribe to different religions. I am a follower of Jesus Christ. Dennis Prager is Jewish.

I would have liked to have written this article, but he got to it first and did a better job. I share it in its entirety and will follow it with some thoughts.

It’s a must-read for understanding the cultural World War III we face in the Western World.

The Left’s Revealing Hatred of the Salvation Army

“We all know some individuals who are so obviously good and kind that we are certain if anyone were to dislike them, that’s all we would need to know about the person. We would immediately assume he or she is a bad person. To hate the manifestly good is a sure sign of being bad.”

“Such is the case regarding the left’s hatred of the Salvation Army. You don’t have to be a Christian—I am not—to appreciate the goodness of the people who run and work for the Salvation Army. They devote their lives to helping the poorest, the saddest, the loneliest, and the most troubled among us—completely irrespective of race, gender, transgender identity, faith or no faith. And they do it for almost no money. They do it because of their Christian faith.”

“They provide these downtrodden people with not only food and shelter but also human warmth and love. And they offer the people they care for the one thing most likely to get them out of their predicament: meaning. They offer it; they do not coerce it. And while the vehicle for this meaning—Christian faith—may not be your faith or mine, so what?”

“It takes a truly narrow-minded bigot to want to deprive people of meaning just because that meaning is rooted in faith or in a faith other than their own.”

“Yet, leftists—most especially LGBTQ groups, which spread a remarkable amount of hate in the name of “love”—seek to crush The Salvation Army. They threaten and pressure whoever supports the Salvation Army.”

“’British pop singer Ellie Goulding,’ The Wall Street Journal recently reported, ‘threatened to cancel an appearance at the Dallas Cowboys’ Thanksgiving halftime show, which will celebrate the army’s red-kettle campaign, unless it made a pledge or donation to the LGBTQ community.’ She backed down after the Salvation Army assured her it serves needy members of that community.”

“Most depressing of all, Chick-fil-A, a business owned by a Christian and heretofore run according to Christian principles, caved in to LGBTQ organizations’ pressure and stopped funding the Salvation Army, while it has also donated to a left-wing group that hates the good, the Southern Poverty Law Center.”

“I never thought I’d see the day when the Salvation Army would be hated by a substantial number of Americans or lose the support of a Christian-run business.”

“But given the left’s loathing of virtually all things good—such as America, Israel, traditional Christianity and Judaism, the Boy Scouts, the nuclear family ideal, Thanksgiving, and America’s Founders—it is not surprising.”

“As I have said for years, the left destroys everything it touches: music, art, Christianity, Judaism, economies, universities, high schools, late-night comedy, pro football, women’s likelihood of finding happiness, men’s likelihood of maturing, the Boy Scouts, and the innocence of children (think “Drag Queen Story Hour” for 5-year-olds at libraries), to cite some of the more obvious examples.”

“’We believe we are the largest provider of poverty relief to the LGBTQ+ population,’ the Salvation Army said in a statement after Chick-fil-A announced its decision. As The Wall Street Journal concluded, ‘Considering it serves nearly 25 million people every year, that’s likely true.’”

“But all the good the Salvation Army does means nothing to the left. The left judges people or institutions not by their behavior but by their beliefs. And the Salvation Army believes—as has every civilization in recorded history, and as former President Barack Obama and Hillary Clinton did until a few years ago—that marriage should be defined as the union of a man and a woman. To the left, that belief outweighs helping 25 million people, including married gays.”

“One of the great puzzles in contemporary American life is whether there is anything the left could do to make Americans understand how destructive it is. If suppressing free speech at colleges and on the internet, fomenting interracial anger, supporting those who wish to annihilate Israel, allowing (and even encouraging) teenage girls to have their healthy breasts surgically removed if they think they are a boy, and trying to crush the Salvation Army don’t do it, probably nothing will.”

I hope we wake up.

As you know, I prefer to call those who are trying to destroy our culture what they really are–radical atheists. Bad actors in a culture shouldn’t be helped via the points of a compass called “left” and “right” because using these terms clouds the motives of the perpetrators.

But that’s the strategy. They don’t want anybody thinking in terms of right and wrong because morality is such a quaint idea and cloaking it keeps their true purposes in the shadows.

However, we’re fighting an important civilizational battle and must identify the teams. The Salvation Army and many like them are good people serving the neediest among us, oftentimes at great sacrifice to themselves.

Those criticizing them are atheists, secularists, socialists, communists, progressives and the like (the worldview of these groups is much the same). They are bad for nations because they do nothing but destroy.

Let’s also state the real truth behind the curtain of deceit.

Those attempting to denigrate Western culture are weapons in the hand of invisible satanic forces committed to crushing faith, salvation in Christ and good in the world while setting up tyrannical control of the masses.

Don’t forget who we’re fighting and what is at stake.

William Booth, the founder of the Salvation Army, made such an incredible impact for good on the poor and hurting in England that at his funeral procession in London on August 12, 1912, over 35,000 people of all faiths lined the streets of London to pay their respects.

The voices and feet of good people silenced the propaganda of the opposition. We need to do it again–and keep dropping our coin into the red kettles of hope.

Let’s overcome hatred and evil with good” (Romans 12:21)–just like the Salvation Army is doing.