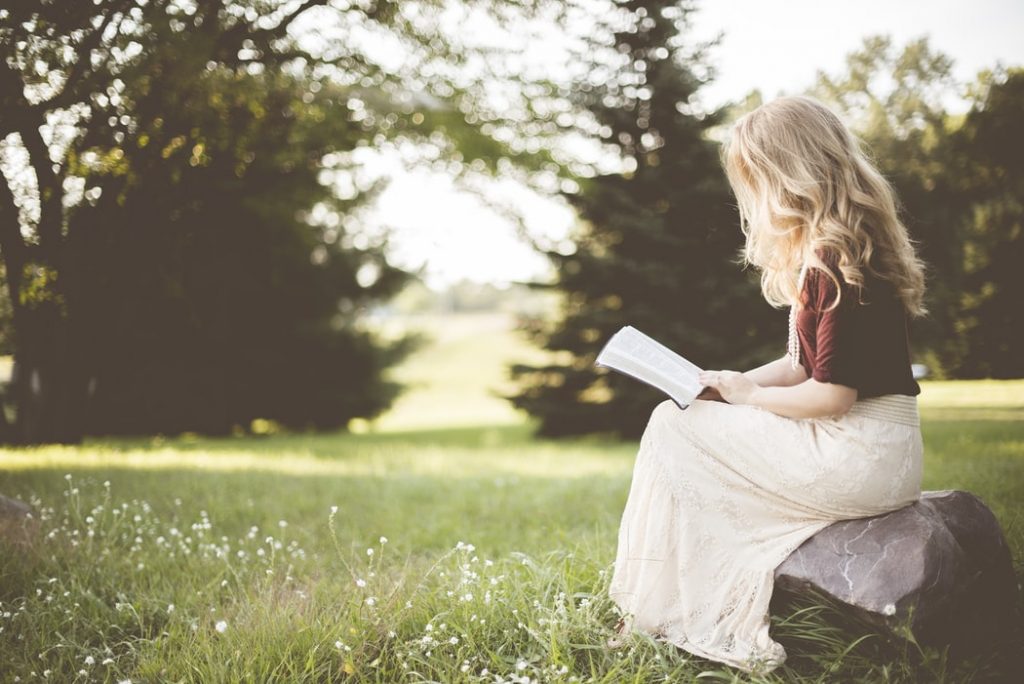 I shared a message on Sunday to a reduced church audience due to the corona virus. After cancelling communion the previous week for the first time in 132 years, we served it in latex gloves with great care.

Yesterday our state closed churches and restaurants so this Sunday we’ll be going digital (like many others).  Later, President Trump urged groups of ten or less. Some nations are in complete lock down. Numbers of the infected and measures to combat the illness change daily–as you well know.

You can find God’s peace during Covid 19.

None of us likes disruptions. The panic of the coronavirus the past few weeks has been very unsettling. The pandemic’s ramifications change daily, upsetting financial markets, closing public gatherings, schools and universities, church activities, impacting people’s jobs, and many details of our individual lives.

Seeing the big picture always helps us understand where we are. Unless we are beginning the Last Days  (which I doubt, but only God knows), then our current malady will pass as many have before.

In fact, life in a fallen world has always included major disruptions and trials–far more numerous than the seasons of peace.

Some of us are young and haven’t experienced panics before. Others have forgotten that the past one hundred years saw major “disruptions” nearly every decade. They usually came upon us through disease, war, or economic problems.

That’s just the past hundred years. Multiply that by 6,000 years of human history, no modern medicine, and many warring nations and one can only conclude that tribulations are a “normal” part of life.

Also remember that about 150,000 people’s lives are disrupted by natural death every day.

Those numbers will rise. But right now, they’re very small compared to past disruptions.

CHOOSE YOUR SOURCES OF INFORMATION CAREFULLY

Germs don’t have intentions. They’ve been with us since the Fall and will remain until God creates a new heaven and new earth–germ and disease-free (Revelation 21:1-3).

But moral agents do have purposes during events–and there’s a lot of “cross-fire” right now between them.

Reject the voices of fear and death.

Second, select your media sources carefully because they make money and gets clicks for sensationalizing the news. Some of them want America to be cut down to size. Others desire our current Administration to fail–with the corona virus providing the latest “crisis too good to waste.”

I am staying away from cable news right now, listening to one reputable podcast daily and few other on-line reads.

Third, choose wisely which political leaders you believe. Though the media is primarily leading the panic, certain politicians have closed some businesses prematurely in fear–probably deepening the coming recession.

This wasn’t done during the Swine flu epidemic just a decade ago when 12,000 Americans died.

Why are they doing this? Because of agendas. New York City Mayor Bill de Blasio wants America to nationalize certain industries (go communist). Bernie Sanders wants the government to take over health care (same). Others believe this is a good “trial run” for bringing authoritarian government to our nation and eventually the world (one world government).

I believe the Trump-Pence Team is striking the right balance. They certainly saved America from the fate of Italy and Spain by banning travel from Asia in January. Some closures may be too severe and economically costly, but they are sincerely attempting to knock out the virus in 15 days (its shelf life for infected humans) so that calm can return over the next few months. The lack of test kits falls squarely on the CDC. Private business is ramping up to fill the void.

Thank God they’re praying in the White House and President Trump called for a special National Day of Prayer this past Sunday.

That’s the final wise key to navigating the future.

I told our congregation last Sunday that this epidemic went global due to a failure of the Communist Chinese government to practice “confession”–a key to human freedom (being the main conduit of repentance). By not quickly owning up about the virus, not confessing its need to the world, and covering up the problem to try to save face–we now suffer a global pandemic.

Peace is ultimately not the maintenance of the status quo or a set of good feelings. It’s a permanent characteristic of the Being of God–with Jesus Christ reigning as the Prince of Peace (Isaiah 9:6).

You experience true peace to the degree that you walk with God–in repentance and faith (Psalm 23). If you’re not sure of that relationship with Him, take the extra time that closures have given to pray in your home, take a long walk, ask his forgiveness for your sins, and commit your life and family into his secure arms.

“Maybe you grew up in church and walked away from your faith or maybe you have never considered God at all. Right now, is the time to do it. Jesus died on a cross 2,000 years ago for you and me to give us hope and life not only for now but for eternity. If we turn to Him, we can confidently replace fear with faith.”

Then go to work to help others.

Stay Calm and Carry On.

With perspective, discernment and God’s peace, we will certainly conquer Covid 19.