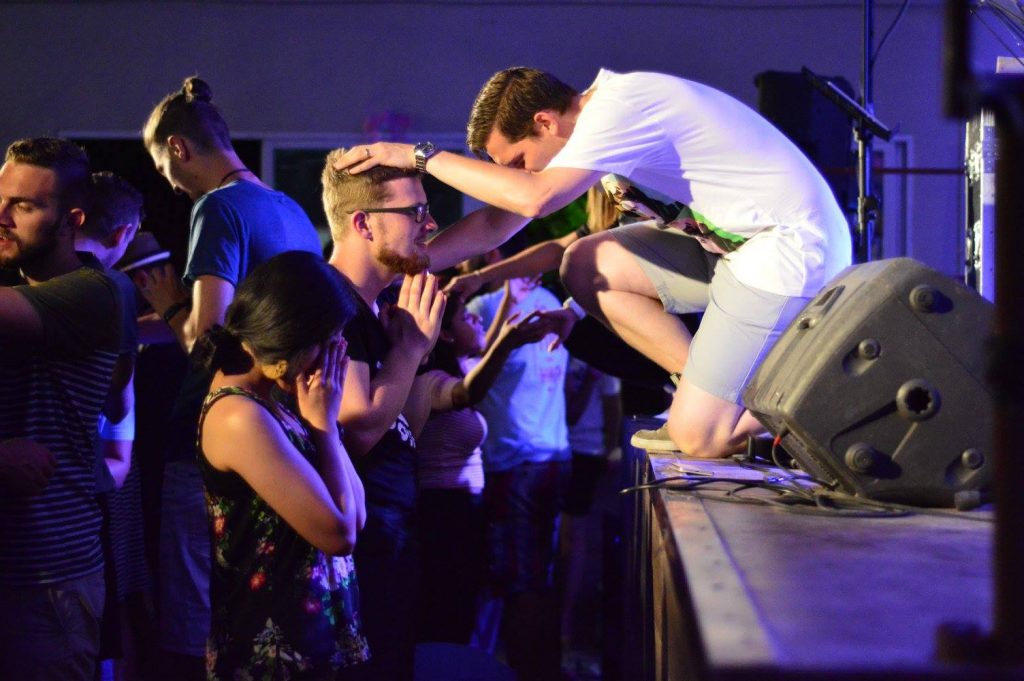 One of the advantages of adulthood is the ability to see God at work over multiple generations.

When you’re young, it’s easy to view life through a youthful lens that lacks perspective on the past and what will happen in the future. To a young person, what is happening now is what’s always been.

When you reach the older stage of life, it is very heart-warming to look back at what God has done in previous generations, see Him at work at the present day, and extrapolate that view into vision for the future.

What is the basis of that hope?

Our God is faithful to all generations.

The Faithfulness of God

I’ve always been intrigued by the word “faithfulness.” When you think about a person being faithful, what comes to mind? Loyalty is certainly a good starting point. How about steadiness or consistency. When you ponder faithful living, it often conjures up the image of a person or servant doing their job in a very dependable way.

Those are all good definitions of what it means to be faithful.

But a closer look at the word gives a more insightful and non-contradictory meaning: Faithful = full of faith.

Filled up with faith.

When you are filled with faith, you will be steady, loyal, consistent, and dependable. Your positive faith dictates your actions–just like a good “offense” in sports keeps you from always playing “defense.”

Faithfulness is the offense of life that keeps you moving toward victory.

The only Being in the universe that is perfectly faithful–full of faith–is the God of the universe. In fact “if we are faithless, he remains faithful—for he cannot deny himself” (2 Timothy 2:13).

It is in the very nature of God to be absolutely full of faith. What He’s done before He’ll do again. His faithful love doesn’t stop, it never quits. He never fails. He is faithful.

Recently, I’ve been thinking about the multi-generational faithfulness of God. What he did in one time period, He’ll do again because he is always full of faith.

Close friends Paul and Toni Fleischmann reminded me recently of the faithfulness of God in their lifetime. They were a part of the founding generation of Campus Crusade for Christ (now CRU).  I’ve heard them excitedly talk about those heady days, though Paul is now in his early seventies.

They shared this generational perspective with me a week ago:

“It was a lifetime ago that Toni and I boarded a plane for “Explo ’72,” the celebration by 80,000 screaming Jesus People fans in the Cotton Bowl. Toni and I weren’t even married yet. I was a young seminary student and new leader of the first Campus Crusade high school ministry in the Northwest.”

“Now, 46 years later, young people returned to Dallas (“Together 2018″ on October 20,21), inspired by the same motivation: to communicate Christ to their generation. Not at the Cotton Bowl, but at the Texas Motor Speedway, a popular site for high-speed NASCAR races. Not with folk music and Andre Crouch, but with rap music and Hillsong. Not with Billy Graham and Bill Bright, but with Francis Chan and Nick Hall.”

“What we saw was upwards of 90,000 energized young people – high school, college and young adults from thousands of churches and hundreds of sponsoring groups. The crowd had a much more diverse make-up than at “Explo ‘72″ – not to mention the 13,000 from 89 different countries who watched via live stream.”

Paul and Toni’s report inspired me. What God did in the 1970’s he was doing again in the 21st century, New leaders, fresh themes and tactics.

Paul and Toni’s experience brought to mind other visions of the “Jesus Revolution” days that I also participated in a generation ago which included long haired evangelists, screamin’ guitars, passionate prayer meetings, and sharing our faith everywhere.

One fruit of that movement was the “Washington For Jesus Rally” on April 29, 1980 where 700,000 believers came from all fifty states to pray for America–propelling the Reagan Revolution unto the American political scene.

A mini-generation later, Promise Keepers brought over a million believers to the National Mall for repentance and prayer. Twenty years later, “The Call” held large rallies in numerous cities including our nation’s capital.

Faithful to all generations.

I remember God using Keith Green’s global burden to call a generation to missions. A Last Days Ministries team in concert with YWAM helpers carried the message to over 300,000 people in 110 cities in 1982 following Keith’s untimely death in a small plane accident.  Loren Cunningham, the founder of YWAM later said, “I don’t know of a time in history when more youth were presented a missionary challenge.”

In 2019, God is once again calling a new generation to pick up the torch of world evangelization via “The Send” which will take place in Orlando, Florida on February 23, 2019–thirty-seven years after the Keith Green Memorial Concert Tour. Lou Engle and other Christian leaders will rally ten of thousands in this generation to reach the unreached for Christ.

Here’s another recent example of His faithfulness (to which I’m sure YOU can add many more from your own life).

In the 1980s I had the privilege of preaching the Good News at Fort Leonard Wood in Missouri, a major basic training military installation. I’ll never forget the spiritual hunger of the new recruits and hundreds coming forward to give their lives to Christ at the end of the chapel services. God was at work in the American military at that time.

“A US Army Chaplain says a revival is taking place on the base of Fort Leonard Wood in Missouri. Since March nearly 2,000 soldiers have reportedly come to the Lord.”

“Chaplain (Capt.) Jose Rondon ministers at the base each week and has been posting testimonies and baptisms of new converts on his Facebook page.”

“’Today, 380 soldiers came to salvation in Christ once and for all,’ Rondon says in one post. ‘Thanks to CH Tony Cech for the excellent, clear, and powerful messages during the 3 services. Since March 11, 2018, we have seen 1,839 soldiers coming to Christ. God is doing an unbelievable work through our military at Fort Leonard Wood, MO. May God bring the same powerful conviction of sin and love for Him that we are experiencing at Main Post Chapel all throughout our Nation and His world.’”

God will do it because He is full of faith.

Psalm 136 recounts the faithfulness of God in Israel’s history. After giving glowing thanks for God’s for many miracles in their national story, the Psalmist repeats this phrase 26 times after every verse:

I guess God wants us to remember that truth.

During a more difficult period when Israel experienced the justice of God for its multi-generational sins, the prophet Jeremiah looked heavenward and tapped into the fullness of the faith of the Almighty:

” The thought of my suffering and homelessness is bitter beyond words. I will never forget this awful time, as I grieve over my loss. Yet I still dare to hope when I remember this: The unfailing love of the Lord never ends! By his mercies we have been kept from complete destruction. Great is his faithfulness. The Lord is my inheritance; therefore, I will hope in him” (Lamentations 3:19-22 NLT).

If you’re burdened by the problems of your own life, concerned about family and friends, and anxious about the ominous storm clouds hovering over your own city and nation, remember the following life-changing truths.

God never fails to believe in you. What He did in one generation He’ll do again in the next. He is the only One who never fails. He is always full of faith.

Our God is faithful to all generations.