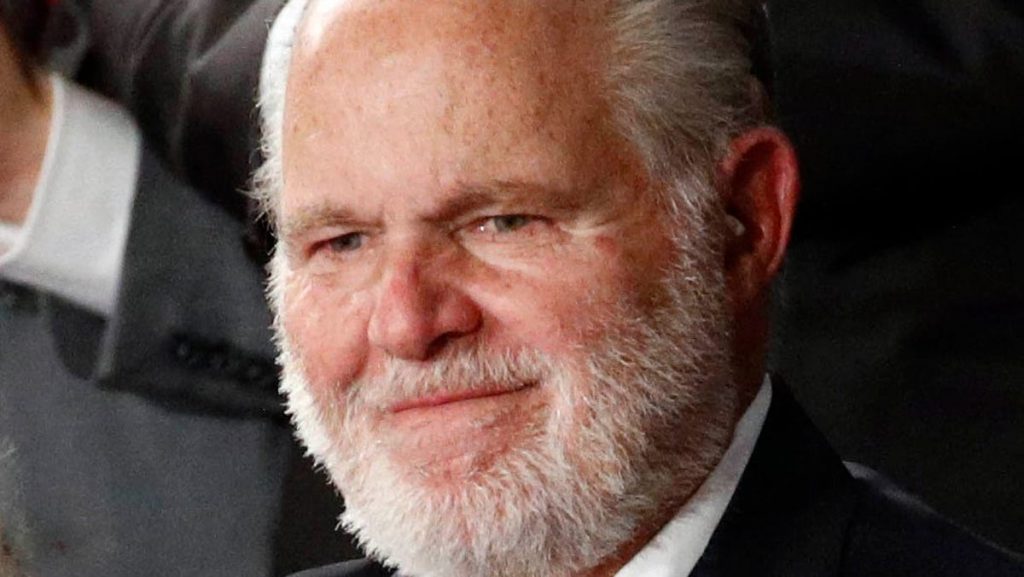 I have a confession to make. During the past few years, I deliberately started my commute most mornings at 9:05 am for one reason: I wanted hear Rush Limbaugh when he came on the radio. Sometimes I would arrive at my destination and keep the car running while Rush finished his monologue.

That’s how good he was.

Rush Limbaugh understood the liberal (progressive) movement better than anyone. He could explain the secular mindset and strategies and their impact on America in a way that all could understand. In the area of politics, he was the seer–the wisest on the block. As he joked, it was “talent on loan from God.”

That loan has called in recently by the One who gave it. Rush Hudson Limbaugh III died February 17.

Here is my view of how God used Rush Limbaugh–and his reason for being.

The Reason for Rush Limbaugh

The vitriol against the king of talk radio has been fierce and relentless since his death. It’s a sad commentary on our hate-filled times how social media has allowed the vicious and guttural thoughts of many to be spewed to millions.

There will be a reckoning for it on God’s day of perfect justice i.e., judgment (Matthew 12:36).

Be careful what you say.

On the other hand, Rush Limbaugh’s unique life has been lauded by others for its greatness and contribution to civil society. The following article by Cal Thomas is the best tribute I have seen on his influential life.

I share it here followed by how God used Rush Limbaugh.

The Rush Limbaugh I Knew

“The man who picked me up at an airport too many years ago to recall the date asked if I had ever heard of a guy named Rush Limbaugh. When I said I had not, he turned on the car radio and said, ‘listen.’ After 15 minutes I was hooked.”

“Limbaugh, who died of lung cancer on Wednesday at age 70, spoke my values. He didn’t tell people what or how to think, as his detractors often charged, but reflected what many conservative Americans already believed.”

“He often used humor and satire to drive home his points and he was so good at it that he attracted a huge audience. More than 600 radio stations carried his three-hour program.”

“He was loved by millions who had never met him. When I finally met him, I was surprised at his humility. Don’t laugh. He was an entertainer, as well as a commentator, and he understood that to hold the attention of an audience one must do both. In person he was not who you heard on the radio.”

“Several years ago, Rush invited me to dine at his Florida home. He sheepishly asked if I drank wine, perhaps thinking because I am perceived as ‘religious’ I might not. I responded, ‘I know someone who turned water into wine so, yes, I’ll have a glass.’ He laughed and we were off and running as friends.”

“I once introduced Rush at a function in Washington. I said, ‘Larry King is credited with saving AM radio, but Rush Limbaugh made it worth listening to again.’”

“As his wife Kathryn noted in her on-air announcement of his passing, Rush was a generous man. He raised millions of dollars for wounded soldiers, their widows, and police officers who died while doing their duty. He often held radio-thons for leukemia research and donated unknown amounts of money to other causes.”

“At his wedding to Kathryn in 2010, he built up suspense by hinting, but never saying, who the special entertainment would be. After the ceremony, the invited guests walked to the hotel theater. A curtain emblazoned with question marks surrounded the stage. Rush announced, ‘Ladies and gentlemen, Elton John.’”

“In the middle of a 45-minute set of his greatest hits, John stopped and said his liberal friends asked him why he would play for Limbaugh, whom many of them hated (though probably few listened to him, as was usually the case). He said something about the importance of friendships and invited Rush and Kathryn to London to visit he and his partner. I don’t think that happened, but it was a kind gesture.”

“Until the end he expressed a positive and optimistic spirit. In recent weeks he did something I had not heard him do before. He spoke about his faith and mentioned that it was in Jesus Christ. Not only did it thrill fellow believers like me, but it brought a torrent of calls and messages to his show from people he had never met who said they were praying for him. On air he was clearly touched.”

“I never heard him complain about his illness. He always spoke of being blessed beyond any dream of success he might have foreseen.”

“Life—and his radio slot—will go on. Such things always do. But no one has the talent Rush had—no one.”

“His loss is a loss to the conservative movement and to the country, but his ideas will continue, because as he liked to joke about himself, he was always ‘99.9% right.’”

“On his website is posted a tribute that includes these words: ‘The Greatest of All Time.’ With apologies to Muhammad Ali, that is an accurate epitaph. Rest in peace, dear friend.”

Yes, Rush was a flawed man–just like us all.  Among recent greats, he might be comparable to John F. Kennedy and Dr. Martin Luther King. Kennedy used his youthful passion and faith to inspire us to the moon–though he was a grossly unfaithful spouse. Dr. King blew the trumpet for civil rights and lauded character over skin color. But he, too, lived an immoral life.

When Rush Limbaugh reached stardom, he also experienced his share of broken marriages and relationships. Sometimes bad behavior is rationalized in the “air” of success and popularity. But he never stopped sharing the truth God gave him about liberty, hard work, character virtues, free enterprise, the power of curiosity and the secrets of American greatness.

He died sooner than he wanted–probably due to his former smoking habit–which he abandoned years ago. He liked to laugh about his “formerly nicotine-stained fingers.” At the end of 2019, those years caught up to him in the form of Stage Four lung cancer.

But, as Cal Thomas noted, it deepened his faith in God and trust in Jesus Christ. That’s what human suffering is meant to do.

I believe that God used the imperfect and brash Rush Limbaugh to extend the 1980’s Reagan Revolution for decades. God used Reagan to re-kindle faith and freedom, and to ultimately bring down the Iron Curtain–the wall of totalitarianism and unbelief.

Rush rose to national prominence that same year and carried the message of faith, hope, and optimism for the next thirty-three years at the pinnacle of talk radio. The 1990’s saw an explosion of both civil liberties and biblical faith unparalleled in history.

Rush Limbaugh was its greatest voice in the domain of government. God used him to disciple a nation in political truth.

At the time of his death, twenty million people listened daily to his wisdom and wit. That’s four times more listeners than the top three late night TV shows combined.

He used humor and satire–no different than Saturday Night Live–along with insatiable facts. But his words were true–and pointed the way back to national righteousness.