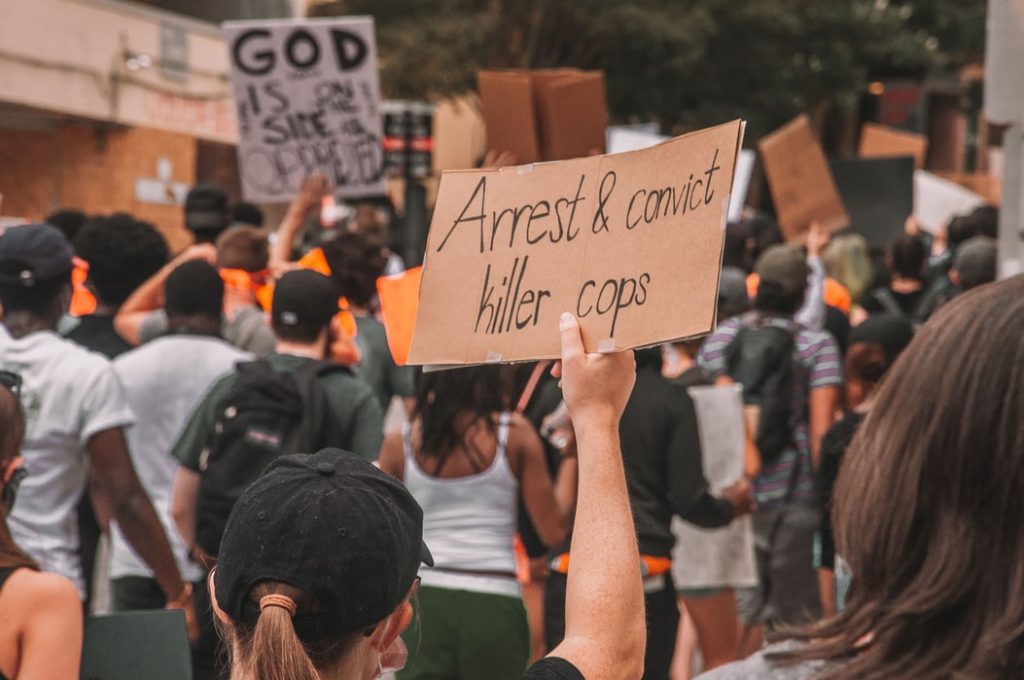 The world is changing fast. My draft box is full of articles I don’t have time to write.

Statues come down. A new police shooting occurs before we digest the previous one. The Supreme Court makes its worst ruling since Roe v. Wade. Winston Churchill stands under fire in Britain.

What in the world is going on? (None of us know for sure.)

There’s one thing I do know. The new civil war in which we are engaged is a religious one–an epic battle between worldviews. And for the past week, Seattle reigns as ground zero.

Last week when the Seattle police foolishly abandoned a precinct building and five city blocks were taken over by anarchists, my phone started to buzz. People wanted to know what was going on in our back yard.

I felt like Lot in Zoar (a small town) who watched Sodom and Gomorrah burn from a distance (Genesis 19:22-29). If Puget Sound wasn’t between us, Seattle would be a ten-minute commute. But the beautiful waters separating the Kitsap Peninsula from King County makes it seem like we live in a rural/suburban neighborhood of Boise, Idaho–or Parsons, Kansas.

We are worlds apart–and worldviews apart. While the rioters battled the “hated” police in the Emerald City, good folks in Port Orchard took donuts and coffee to the local police station to thank them for keeping the peace.

Why Seattle? The answer is simple and predictable.

It’s a progressive bastion for atheism.

According to a 2015 survey from the Pew Research Center, ten percent of Seattle residents call themselves atheists – the highest rate among the largest metro areas in the U.S.–and another 22% identify as “nothing in particular.” I’m sure those numbers ticked up by 2020.

The faith-less control Seattle–and could come to a city near you.

One of my favorite political writers, Michael Barone of the American Enterprise Institute, understands that religions are at war. And they possess radically different values and goals for cities and nations.

Here’s a portion of “The New Religion of Woke Anti-Racism.”

“‘It’s all about religion, isn’t it? We have the cult of social justice on the left,’ Andrew Sullivan wrote in New York Magazine, ‘a religion whose followers show the same zeal as any born-again Evangelical.'”

“Linguist John McWhorter elaborated on that theme in The Atlantic. ‘Antiracism,’ he wrote, ‘is a profoundly religious movement in everything but terminology.'”

“McWhorter likened the notion of ‘white privilege’ to original sin and argued that the hope that Americans will ‘come to terms with race ‘is as vague as hopes for Judgment Day.'”

“You could be pardoned for supposing that Sullivan and McWhorter were reflecting on the past week’s events — the epidemiologists piously proclaiming that participating in crowded protests of police racism was more important than the otherwise sacred duty of social distancing, the chastened suburbanites in Bethesda, Maryland, kneeling before and asking forgiveness of black fellow citizens.”

“But actually, their quoted comments both appeared in magazines dated December 2018. They nevertheless proved apt as commentary on events no one then imagined.”

“Sullivan and McWhorter understood that we have been living for two decades in a political era during which the demographic factor most highly correlated with voting behavior is religion, or, within each sectarian group, the degree of religiosity.”

Let that reality sink in. Two religions at war and one more passionate to “make disciples.”

Barone continues: “They observed that the era produced, for the first time in American history, a partisan division between the largest metropolitan areas and the rural and small-town areas outside metropolitan boundaries. Our coastal metropolises voted 3-1 for Hillary Clinton while rural areas north and south, except for Vermont and the Berkshires of Massachusetts, voted 3-1 for Donald Trump.”

“While non-metropolitan voters, as Barack Obama noted in 2008, still tend to cling to traditional religion, articulate white metropolitanists are increasingly comfortable defining themselves as atheists and characterizing their religion as ‘none.'”

“They believe instead in Science, with a capital S. Science, they claim, justified the two-month coronavirus lock downs and the need, until the protests against police misconduct that resulted in the death of George Floyd, to maintain them.”

“Science, moreover, provides no convenient formula for weighing the predicted benefits of lock downs against their large and incommensurate costs. That requires judgments based on your values — which is to say, in many cases, on your religion.”

“Is this conflict really necessary? Overwhelming majorities of Americans believe the Minneapolis police officers acted wrongly and support peaceful protests. Traditional Christianity preaches the moral equality of every individual — a position consistent with believers in secularized anti-racism. And large majorities believe that violent rioting is wrong — and support sending in the National Guard and, if necessary, even the military, to end it.”

“But here there’s a collision with believers in the woke religion of anti-racism…They demanded and got  the New York Times editorial page editor to resign (be fired) for having run an opinion article by a Republican senator in which he urged deploying the military when necessary to stop rioting.”

“Absent from the catechism of the woke anti-racism religion is any acknowledgement of the facts, cited repeatedly by the Manhattan Institute’s Heather MacDonald, that police shootings of blacks have become exceedingly rare. Christianity asserts that original sin will always be with us, and racism in America has been in long-term deep decline.”

“Protests have featured confessions of sin and demands for reforms. Some demands–‘defunding the police’– are so lunatic that Democratic politicians have been skittering away and explained that ‘defunding’ doesn’t mean defunding. Others — like requiring police cameras — are already widely in use or not particularly controversial.”

“Unfortunately, historical perspective, statistical literacy and any need for consistency are not of much importance to practitioners of the religion of anti-racism.”

In other words, atheism stands out as the religion of blind faith. Racism is simply the latest tool of non-thinker/non-believers to destroy biblical culture. The Nazis used Antisemitism. Mao and Stalin simply used guns.

In my book River Of God I describe the 21st century worldview battle between biblical faith and atheism as the “Western Theater.” A generation ago, Francis Schaeffer warned us in A Christian Manifesto:

“The basic problem in this country in regard to society and to government is that they have seen things in bits and pieces instead of totals. They have very gradually become disturbed over permissiveness, pornography, the public schools, he breakdown of the family, and finally abortion. But they have not seen this a totality–each thing being a part, a symptom of a much larger problem.”

“They have failed to see that all of this has come about due to a shift in worldview–that is, through a fundamental change in the overall way people think and view the world and life as a whole. The shift has been away from a world view that was at least vaguely Christian in people’s memory (even if they were not individually Christian) towards something completely different–toward a worldview based upon the idea that the final reality is impersonal matter or energy shaped into its present form by impersonal chance.”

Faith-lessness now controls much of Seattle. Their disciples appear more passionate than ours.

Posted in General
← Every Knee Will BowVerbal Fascism →